The Lantern Festival is an important traditional festival for the Chinese and it marks the final day of the traditional Chinese New Year celebrations. During the Lantern Festival, the ancient Chinese went out at night to temples, carrying paper lanterns and solved riddles on the lanterns. It became an important moment for family reunions as well as for the celebration of Chinese traditions.

At the coming of this new year celebration, inspired and supported by the College of Europe Natolin campus, two Chinese students initiated the first Chinese National Day at Natolin to present Chinese culture to the whole campus on 10 February 2017.

The canteen presented delicious Chinese dishes, in particular Tangyuan – a "must" for the Chinese Lantern Festival – consisting of a traditional rice ball made from glutinous rice flour symbolizing family reunion. Besides, a series of interesting Chinese traditional activities were organized, including Chinese calligraphy and Chinese knots workshops, paper-cutting, lantern making as well as a chopsticks competition. Students clustered around different stalls and were immersed in the pleasure of Chinese culture.

At the end, the final lottery pushed the event to the climax when some lucky students won an exotic and beautiful Chinese traditional gift as the best souvenir of this fantastic night. 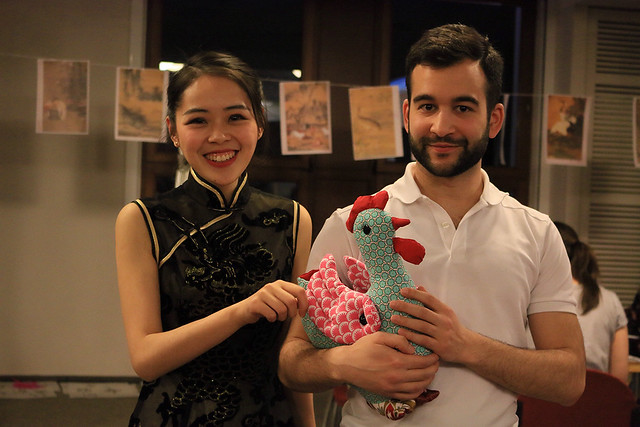