In the third week of September, the College of Europe in Natolin hosted Vice-Presidential and Presidential Debates and Elections in order to decide on the Student Representation of the Hannah Arendt Promotion. The debates gave Natolin students a unique opportunity to get to know the candidates and their stance on the issues that matter for their community. The candidates were exposed to blocks of questions that covered their personal stories, the way they want to build up the student community, and cooperation with different stakeholders.

As a result of the Presidential Elections, Sarah MORGAN was elected President - congratulations! And thank you to the other four candidates: Bogoya DIMITROV, Teun JANSSEN, Jaber OUKHITI and Adam VOLF. VP for Academic Affairs and Languages VP for Societies and Professional Development VP for Welfare and Leisure

Take a look at the photo gallery from the two debates: 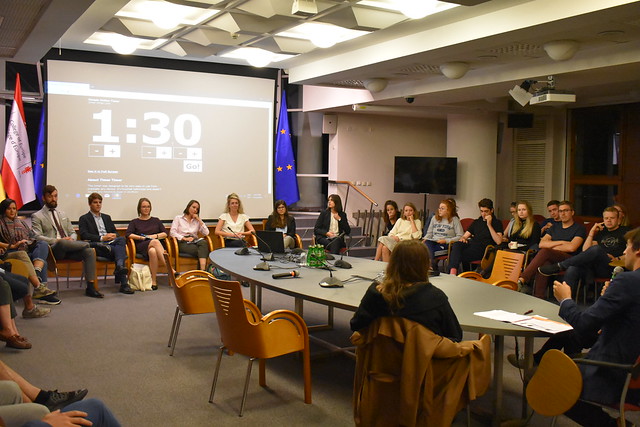