On Wednesday 12 September 2018, the College of Europe in Natolin hosted its first ever Presidential Debate in the framework of a brand new student representation formula. Three candidates, Magdalena CYMERYS (PL), Manfredi MINEO (IT) and Emma VERMUNICHT (BE) were confronted with a series of insightful questions. This gave our students a unique opportunity to get to know the candidates and their stance on the issues that matter for their community.

The candidates were exposed to blocks of questions that covered their personal stories, the way they want to build up the student community, and cooperation with different stakeholders.

Two days later, on Friday 14 September, the Presidential Election took place in the Natolin restaurant. Following the count, Emma VERMUNICHT has been appointed as President of the student community of the Manuel Marin Promotion 2018-2019 in Natolin.

Congratulations to the new President and to the two other candidates! 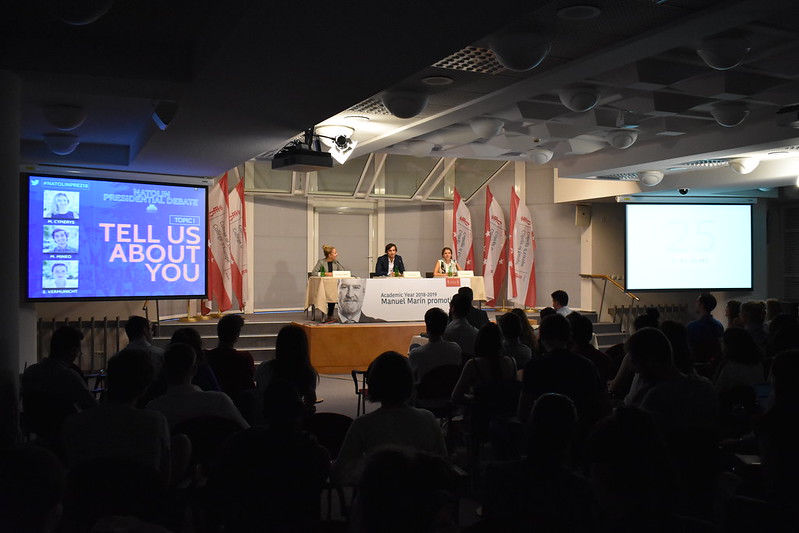