Travelling back in time to the Paris Peace Conference of 1919

The European Civilization Chair organized a simulation game for Natolin students of the Paris Peace Conference of 1919, as part of its centennial activities concerning the theme of Breaking Empires, Making Nations?. Sixty students participated in two groups. The simulation game has held for the first group on Saturday, 15 September and for the second on Saturday, 22 September 2018. For over four hours, delegations representing the "Big Four" (France, the USA, the UK and Italy), other allied powers (Japan, China, Belgium, Romania, Greece, Yugoslavia, Poland and Czechoslovakia) and the defeated powers (Germany, Austria, Hungary, Bulgaria and the Ottoman Empire) negotiated questions including the League of Nations and the terms to be imposed on the five defeated powers regarding responsibility, reparations, frontier changes and colonies.

The game was organized as a succession of plenary sessions, committees and informal negotiations, and the proceedings were each recorded by a student volunteer in the role of conference secretary. Nobody represented their own country. Some of the outcomes differed from those actually reached in 1919-20, including a rejection (on 15 September) of the terms of the treaties of Versailles and St-Germain-en-Laye by the German and Austrian delegations. The game sought to facilitate deeper understanding of the causes and consequences of complex choices made in international relations, as well as greater knowledge of one of the fundamental events of the twentieth century. 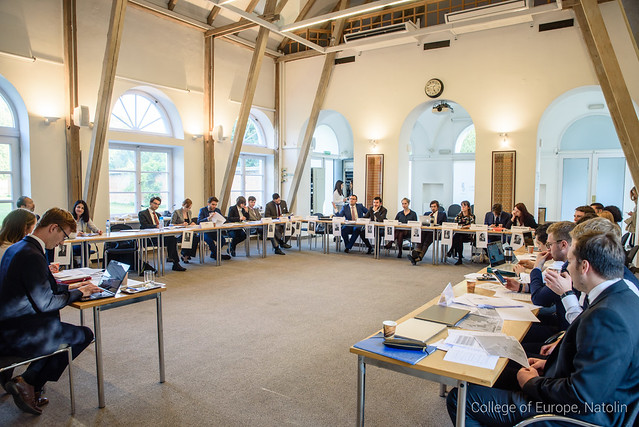