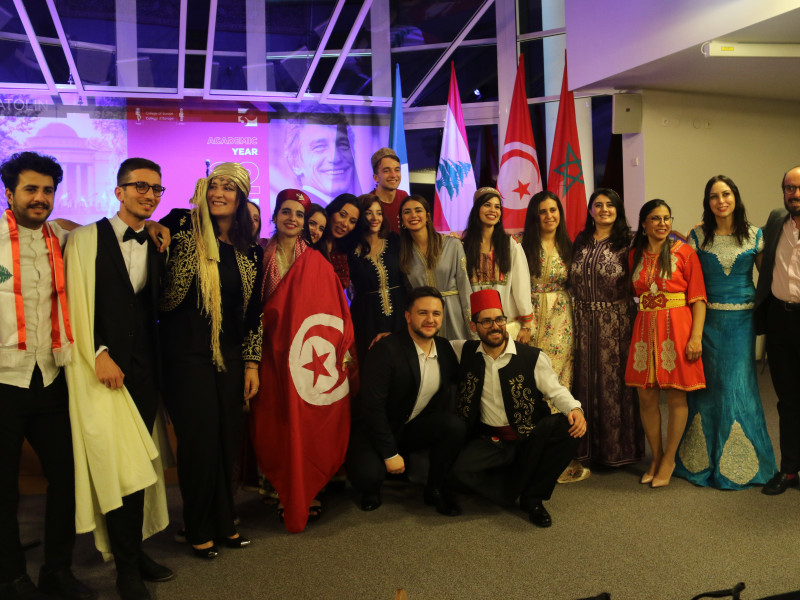 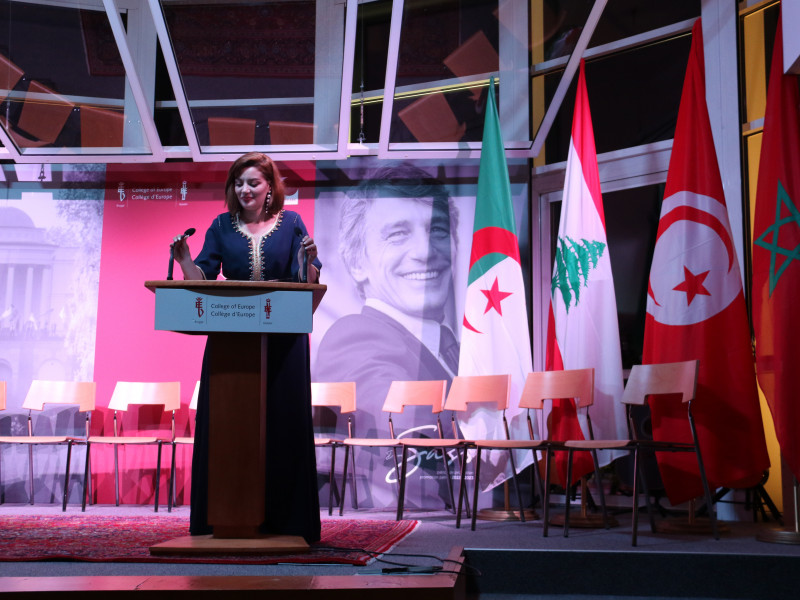 On Friday, 4 November 2022, Natolin students from the Middle East and North Africa collectively organized an event celebrating the culture and heritage of their region.

After the screenings and subsequent discussions with their classmates, the MENA students launched the 4 November events with three workshops conducted by themselves: the first one on unveiling the MENA region, drawing a point about the preconceived ideas and the cultural diversity; the second one on discovering Arabic writing and calligraphy, leading the students through the meanders of writing techniques developed for centuries around this beautiful language, and the third about the history of Arab music and instruments, with all its diverse musical styles and genres - a fascinating heritage with a poetry that crosses borders. The MENA students also invited a Henna artist to the campus.

Since the early morning, the gastronomic specialties of the region were served in the student restaurant, including Moroccan harira soup with chicken, beef tagine with prunes, spiced vegetable couscous, Lebanese spicy potatoes (batata harra), falafel, Lebanese vegetarian stuffed grape leaves, tabbouleh, fattoush, Algerian borek, Tunisian grilled mechouia salad, among the rich variety of dishes prepared by the staff of the student restaurant at Natolin. Culinary tastings were accompanied by the voice of Fairuz, one of the most renowned musicians in the history of the Arab world and widely known as "the soul of Lebanon" and the MENA students welcomed their colleagues in traditional costumes, with an offering of dates, common in Arab culture.

After dinner, a sampling of sweet mint tea and traditional sweets awaited Natolin students of the David Sassoli promotion and the staff at the entrance of the Retinger residence.

Later on, Ms Alaa JADALLAH, alumna of the College of Europe in Natolin and Palestinian diplomat at the Embassy of Palestine in Warsaw, addressed the audience with her opening speech on the diversity and avant-goût of the region, concluding with the words of the Palestinian poet Mahmoud Darwish: “ وَنَحْنُ نُحِبُّ الحَيَاةَ إذَا مَا اسْتَطَعْنَا إِلَيْهَا سَبِيلاَ ” (And we love life whenever we can). This sentiment wished that the evening would be a moment of conviviality and appreciation of each other's culture.

This was followed by the musical performance of the Moroccan musician, Mr Azzedine TARIFET, together with the MENA students performing the traditional music of their countries, displaying their rich musical and dialect variations.