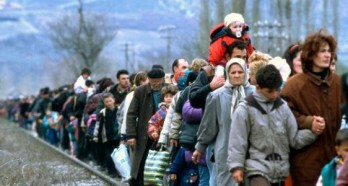 The EU's neighbourhood is in the midst of one of the largest human displacements in modern history. While much attention is being paid to the fallouts of the war in Syria and the fact that the Middle East features more than 15 million refugees and internally displaced people (IDPs), displacement in the EU's eastern neighbourhood has been rather overlooked. This comes against the backdrop of approx. 1,5 million IDPs in Ukraine due to Russia’s unlawful action in eastern Ukraine, hundreds of thousands of IDPs in Armenia and Azerbaijan as a result of the conflict over Nagorno-Karabakh, and approx. 250,000 IDPs in Georgia, following secessionism and Russian-led occupation of Abkhazia and South Ossetia. While the current refugee crisis that the EU and its member states are faced with have given migration-related issues greater salience on the current political agenda, the latter concentrates primarily on finding ways to curb migration from Syria and farther away. Also the "new" European Neighbourhood Policy, published on 18 November 2015, recognizes the importance of the issue of displacement as it states explicitly: "as the recent refugee crisis shows, addressing the root causes of irregular migration and forced displacement is central to stabilisation in the neighbourhood". 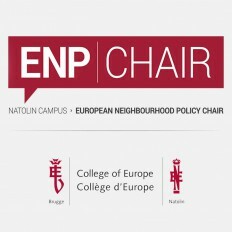 In the context of the Natolin Neighbourhood Days 2016, a series of events organized by the ENP Chair aims at going beyond this rather narrow and problematic focus of singling out mainly one country (Syria). It will address both the root causes of displacement and their multifaceted consequences for the societies affected the most, i.e. the countries where displacement occurs in the first place. Moreover, it will examine the external dimension of displacement and discuss actual and potential responses by the international community and thus the EU. Two panels will be devoted to two specific case studies from within the EU's eastern and southern neighbourhood, notably Georgia and Libya/Tunisia – two seemingly neglected and rather understudied cases. This comparison is deemed useful, not least with a view to provide the audience with a better understanding of the different causes and consequences of, and responses to, one of the most sincere problems the EU's neighbourhood, and by extension the EU, are faced with. The panel on Libya/Tunisia will be complemented by a separate talk on the war in Syria, given by Dr Anis NACROUR, Acting Head of Delegation of the EU to Syria. The Natolin Neighbourhood Days will be concluded by a high-level event, featuring a lecture by Mr Christos GIAKOUMOPOULOS, Director of Human Rights and Special Advisor to the Secretary General of the Council of Europe on Ukraine (SASG), Council of Europe, addressing "Europe's" responses to displacement in its "near abroad".

These events are open to the public. For more information and to register please send an email to: maja.olszewska@coleurope.eu.

The War in Syria – Domestic, Regional and International Developments

Internally Displaced Persons (IDPs) in Europe as a human rights challenge: the case of Ukraine and the work of the Council of Europe