Bronisław Geremek Prize for an outstanding book in the field of European Civilization and history was presented to Professor Konrad H. JARAUSCH. The award was made for his book Out of Ashes: A New History of Europe in the Twentieth Century, published by Princeton University Press.

The prize for an outstanding first academic book in the field of European Civilization and history was presented to Dr Patrick LANTSCHNER for his book The Logic of Political Conflict in Medieval Cities: Italy and the Southern Low Countries, 1370-1440, published by Oxford University Press. Dr LANTSCHNER, who obtained his Bachelor's, Master's and Doctoral degrees from the University of Oxford, is Lecturer in the Department of History of University College London. Previously he held a Junior Research Fellowship at Merton College Oxford, and has also taught at the University of Cambridge. His main research is on medieval cities and other systems of political organization, and he is interested in comparative and transnational approaches to Mediterranean history that cross conventional distinctions between Europe and the Islamic world.

The Bronisław Geremek Prize was initiated and is funded by the College of Europe Natolin campus, in cooperation with the Foundation Prof. Bronisław Geremek Centre. The decision is made by a Chapter on the basis of reviews written by an international jury of experts of books nominated by leading academic publishers. The Chapter is chaired by the current Chairholder of the European Civilization Chair at the College of Europe in Natolin, Professor Richard BUTTERWICK-PAWLIKOWSKI. The Chair was founded by the European Parliament in memory of Professor Bronisław GEREMEK†, who held the original European Civilization Chair at Natolin. The members of the Chapter are Prof. Marcin GEREMEK (Vice-Chairman), Prof. Andrzej FRISZKE, Prof. Maria KOCZERSKA, Prof. Wojciech KRIEGSEISEN and Prof. Henryk SAMSONOWICZ. 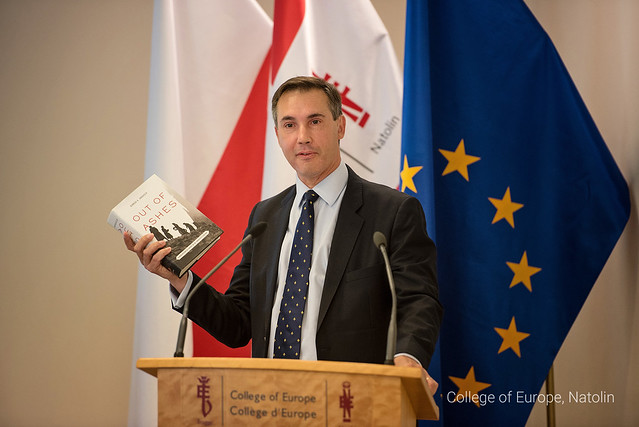