Standing in the tradition of the Ph.D. Summer School "Europe in the World", organized by Professor Tobias SCHUMACHER (College of Europe, Natolin), Professor Kennet LYNGGAARD (University of Roskilde), Professor Dimitris XENAKIS (University of Crete) and Professor Stelios STAVRIDIS (University of Zaragoza) during 2010-2012 in Lisbon, Crete, and Roskilde, respectively, this Summer School analyzed the evolution and implications of the EU’s ENP, but also how the local, national and regional dynamics in the neighbourhood affect EU policies and politics. 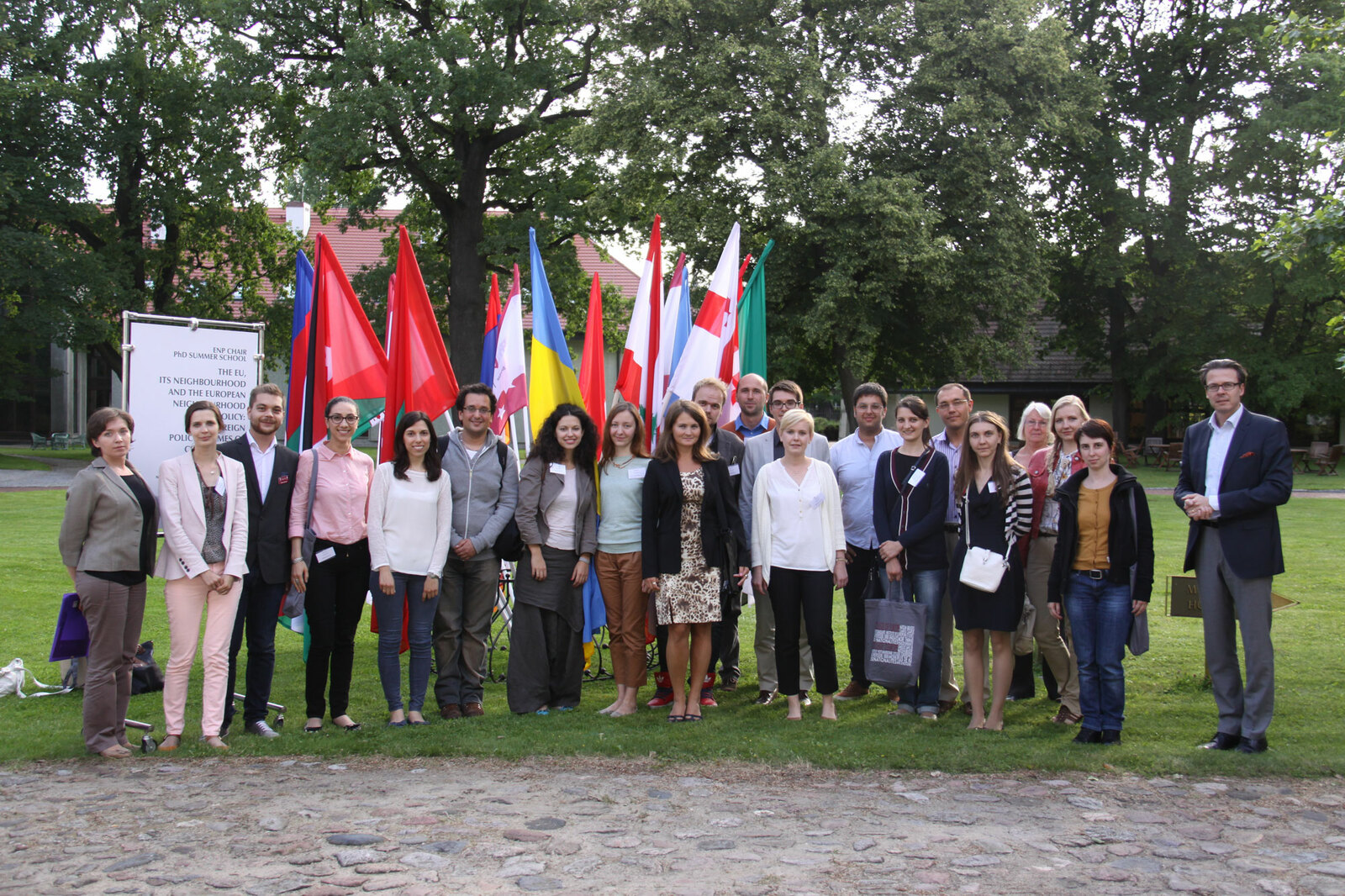 Accordingly, the School had a tri-dimensional outlook: it dealt with the implications of the foreign policy behaviour and action of the EU, its agents and policies in what the EU defines as its neighbourhood, it discussed political and socio-economic developments in ENP partner countries, in particular in light of the Arab Spring, processes of political transition, "stubborn authoritarianism", frozen conflicts, as well as wider regional developments, and it looked into the impact of EU-neighbourhood relations on the EU’s institutions and policies.