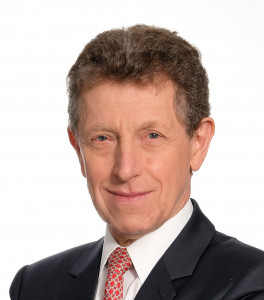 He also holds a BA in law (University Panthéon-Sorbonne, Paris), a BA in ethnology, University Denis Diderot-Paris VII), a masters degree in applied economy (University Paris-Dauphine), as well as a degree in Polish (National School for Oriental Languages, Paris)

After graduating from the Ecole Nationale d’Administration, he joined the diplomatic service, where, in 1983, he was appointed second secretary at the French Embassy in Warsaw. From 1985 through 1988, he served in the French Embassy in Moscow. He then joined the Directorate for Strategic Affairs and Disarmement in the Ministry of Foreign Affairs and became, in 1990, Deputy Director of the Policy Planning Staff. He was then posted at the French Embassy in Washington in 1993, from where he moved to New York in 1996 to head of the Department for culture and education of that embassy. In 2001, he became the diplomatic adviser to the Minister of Defence, until 2002.

After a short stint as secretary general of the French Ambassadors’ Conference in 2002, he was seconded to the Ministry of Higher Education, to teach international affairs at Sciences Po Paris, which he did from 2002 to 2006.

Appointed ambassador of France to Singapore in 2006, he completed his duties in 2009 to become general manager of France Coopération Internationale (FCI), a public agency for technical expertise and project engeineering, which he was called to transform into a new legal entity, France Expertise Internationale (FEI), in 2011.

He was then appointed ambassador of France to Poland in April 2012. After completion of this mission, in September 2016, he was seconded, as Secretary General of the French Delegation to the United Nations General Assembly, to the French Permanent Representation in New York. In August 2017, he has been appointed, for a  three years’ mandate, Executive President of the French Institute (Institut Français) and Ambassador in charge of French Cultural Action abroad. After completion of that mandate, he retired from the active diplomatic service and again joined, as a consultant, the Policy Planning staff of the MFA and, as an adjunct Professor, the Paris School of International Affairs at Sciences Po. During the fall semester of 2022-23, he teaches at the Hertie School of Governance, Berlin. He has been invited to join the professorial body of the College of Europe at Natolin, and to teach there during the academic year 2022-2023.

In the French diplomatic service, he holds the rank of minister plenipotentiary.

He is fluent in English, German, Polish and Russian, and is the author of a “History of Communist Poland ; autopsy of a sham”, published in French in 1997 (Editions Karthala) and in Polish in 1999 (Wydawnictwo Dialog), and again in 2014 (Narodowy Centrum Kultury). He has also authored “Power in the XXIst Century” published in French in 2011 (CNRS Editions), which was awarded, in 2012, the Anteios Prize of the best book of the year in geopolitics. The second, updated, edition appeared in 2014 in paperback and the third one in 2019.

He has also extensively published in the French quarterly Commentaire, in various dailies (International Herald Tribune, Figaro, Libération, Le Monde) and in the syndication sites Telos as well as Project Syndicate. All these published contributions are available on his personal webpage (https://sites.google.com/site/rauwiller67/).

He is married, and the father of two boys.