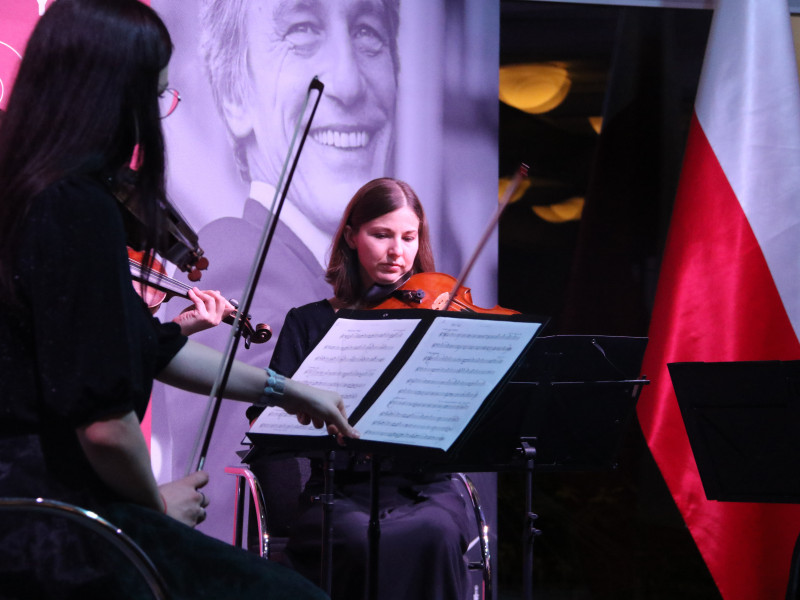 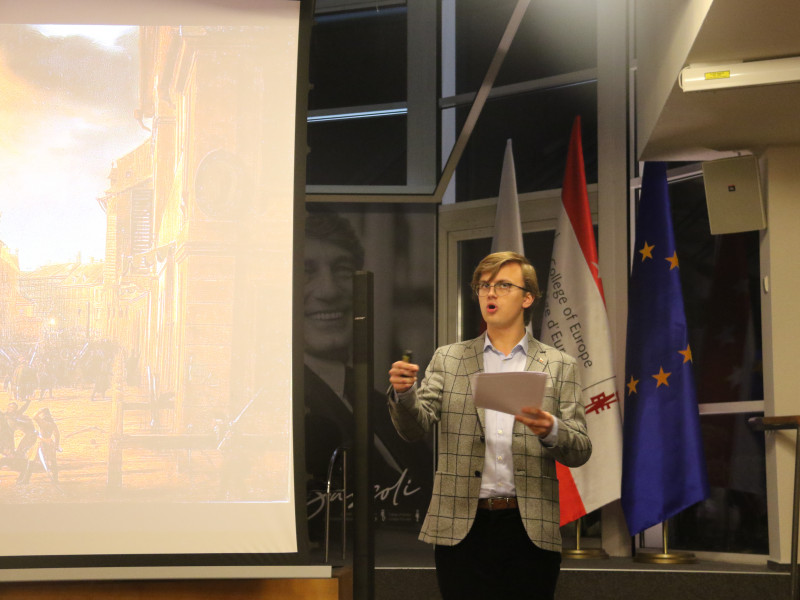 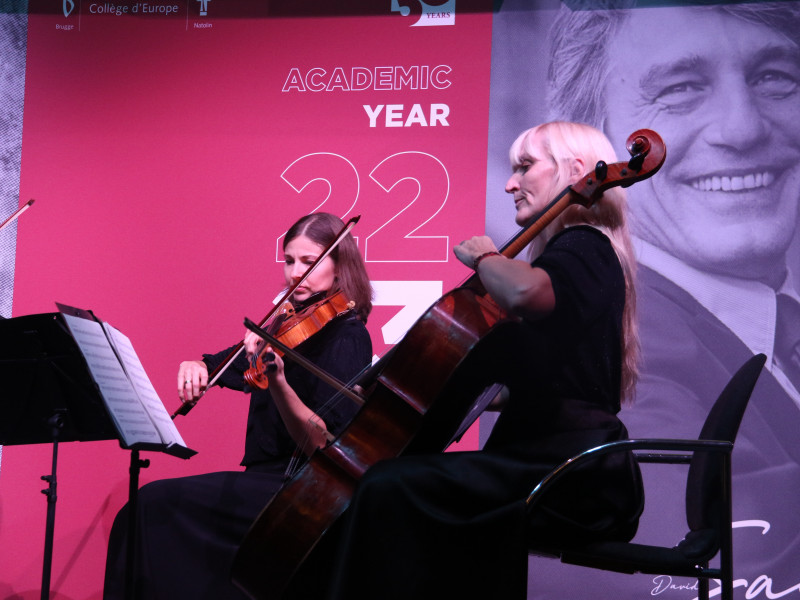 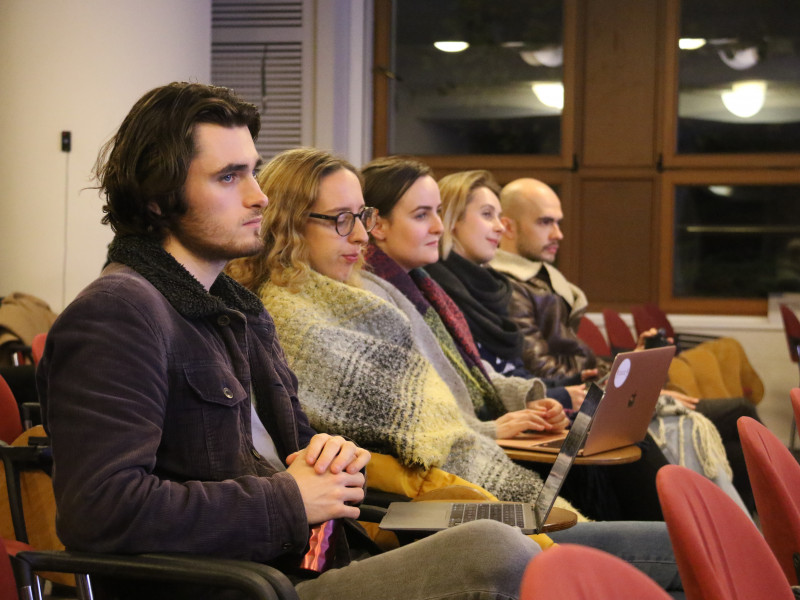 Every year, in late Autumn, many European nations mark their national holidays or commemorate an event somehow related to the end of the First World War. 11 November is of great symbolic importance in Poland, and to enhance the local experience of Natolin students and staff, the Student Affairs and Professional Development Office (SAPDO) orchestrated a range of activities enabling them to explore the date.

From 9 November 2022, at the entrance of the Retinger residence, an exhibition was organised, dedicated to the memory of several of the individuals who featured prominently in the history of Poland. Examples include Ryszard KUKLIŃSKI, one of the persons who contributed to the prevention of the escalation of Cold War (and ultimately to the fall of the USSR), Kora SIPOWICZ, an inspiration for generations of Polish women and a voice of rebellion for the generation living in the socialist era in Poland, and Artur RUBINSTEIN, recognised as, perhaps, the most outstanding pianist of the 20th century.

On 11 November, a short discourse was issued by Academic Assistant Mr Konrad SZATTERS to the students of the David Sassoli Promotion, focusing on the history of Poland and its regaining of independence. The piece was entitled "Like a Phoenix rising from the Ashes: The History of Polish Independence".

The celebrations of the day also included culinary discoveries. The staff of the student restaurant at Natolin offered rogal świętomarciński, a delicacy tracing its origins to pagan times - when during the autumn feast, ox sacrifices were offered to the gods or, alternatively, dough rolled in ox horns. The Latin Church later took up this custom and associated it with the figure of Saint Martin. The shape of the dough was interpreted as a reference to the horseshoe that the sacred horse was to lose. The St. Martin's croissant also encompasses other popular legends.

The day concluded with a special performance by the Con Le Corde string quartet, which introduced Natolin students and staff to the subtleties of Polish classical, patriotic and folk music. These included Rota, an early 20th-century Polish poem (as well as a celebratory anthem) once proposed to be the Polish national anthem. Another was the military march Hej strzelcy wraz, sung by the participants of the January Uprising, and Michał OGIŃSKI's Polonaise entitled Pożegnanie Ojczyzny, pieces by the world-famous pianist and composer Frédéric CHOPIN, Warszawianka by Karol KURPIŃSKI, which, like Rota, was a candidate to be Poland's national anthem, and many other pieces featuring this period of Polish history.