Screening of the film “Mr. Jones” and debate with the director of the film Agnieszka HOLLAND and Ukrainian Ambassador to Poland Andrii DESHCHYTSIA

On November 21, 2021, the Natolin campus hosted a screening of Mr. Jones, a film telling the true story of a Welsh journalist who was invited in the 1930s to interview Joseph Stalin. In the USSR, he discovered the deliberate policy of starving Ukrainian farmers, commonly referred to today as the Holodomor.

After the film, students participated in a very emotional and inspiring discussion with the director, Ms Agnieszka HOLLAND, President of the European Film Academy and an Oscar nominee, and H.E. Andrii DESHCHYTSIA, Ambassador of Ukraine to the Republic of Poland. In her remarks, Ms Agnieszka HOLLAND discussed the capacity of film to transmit not only knowledge and facts but also human experience and emotions, and thus to teach empathy and compassion. “I am not sure that films can change the world, but I hope they can shed light on important topics which are neglected,” Ms Holland stressed.

Ambassador DESHCHYTSIA addressed the importance of spreading the word and educating about this tragedy, which was acknowledged as a crime against humanity by the European Parliament in 2008. For decades under the Soviet regime, Ukrainians could not tell the truth about the genocide nor honour its victims. It became possible only when the country regained independence in 1991. The Holodomor is nowadays one of the cornerstone narratives in contemporary Ukrainian identity.

One of the goals of the European Civilisation Chair at the College of Europe in Natolin is to study the causes of the rise of totalitarianism in Europe in the past century. The screening of Mr. Jones introduced the students to the events that led to ethnic genocide through a deliberate policy of starving the Ukrainian population. The following discussion helped the audience to deepen their historical knowledge about the Soviet Union and to build sensitivity to the tragic heritage of totalitarian politics in this part of Europe. 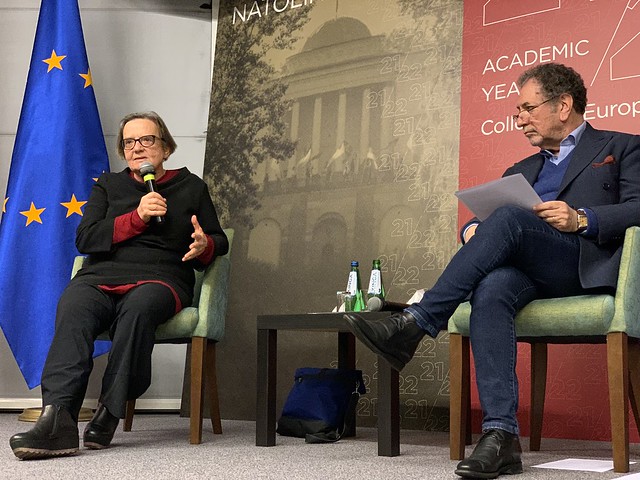