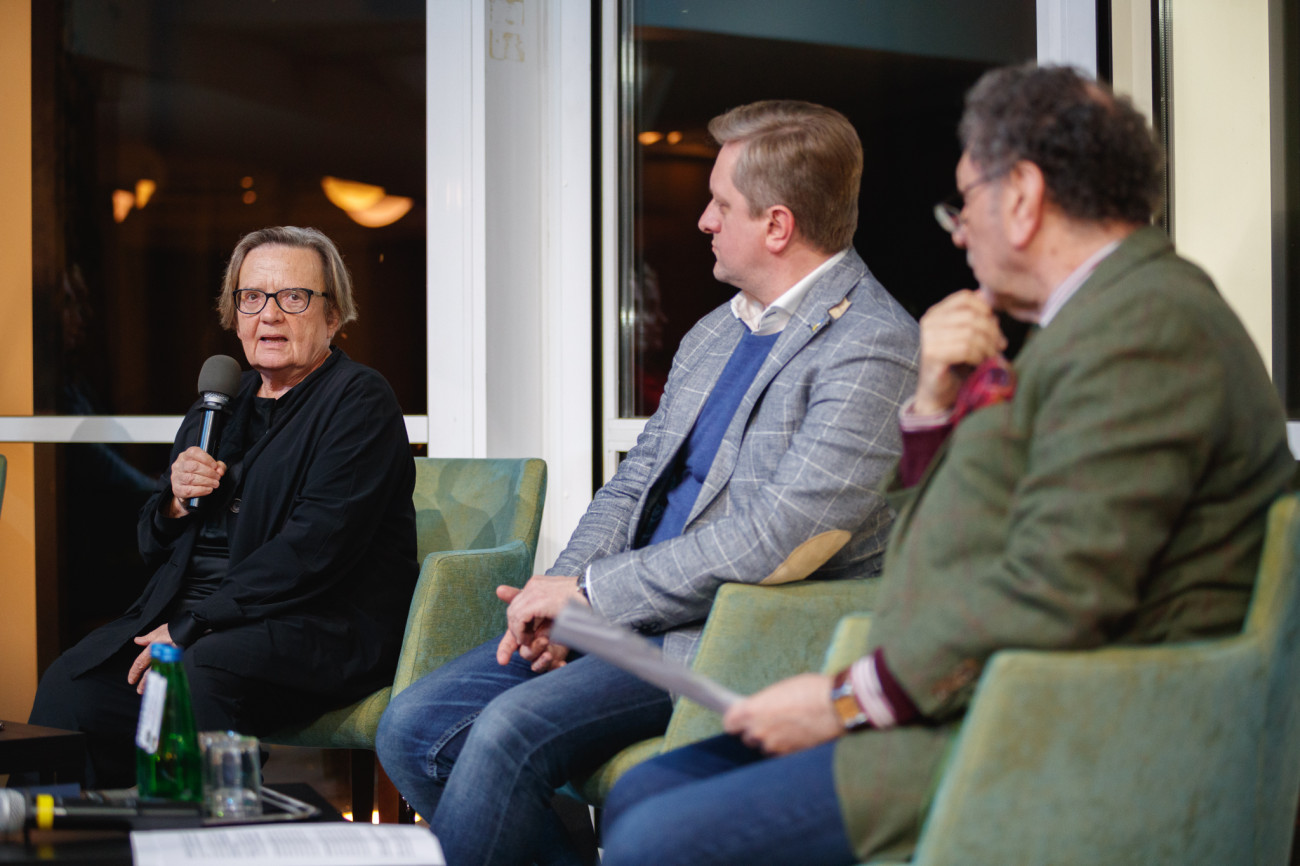 Screening of “Mr. Jones” and special meeting with its authors, the Ambassador of Ukraine to Poland Mr Vasyl ZVARYCH, and relatives of Gareth Jones

On 22 October 2022, the College of Europe in Natolin hosted a screening of Mr. Jones, a film telling the true story of the Welsh journalist Gareth JONES who was invited in the 1930s to interview Joseph STALIN. In the USSR, he discovered the deliberate policy of starving Ukrainian farmers, commonly referred to today as the Holodomor.

One of the goals of the European Civilisation Chair at the College of Europe in Natolin is to study the causes of the rise of totalitarianism in Europe in the past century. The screening of Mr. Jones introduced the students to the events that led to ethnic genocide through a deliberate policy of starving the Ukrainian population. 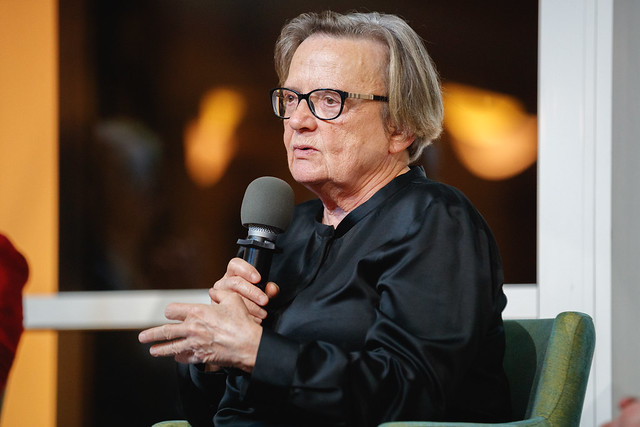 After the film, the students participated in discussion with the film director, Ms Agnieszka HOLLAND, President of the European Film Academy and multiple Oscar nominee, H.E. Mr Vasyl ZVARYCH, the Ambassador of Ukraine to Poland, Ms Andrea CHALUPA, the author of the screenplay, as well as with Ms Eleanor COLLEY and Mr Graham COLLEY, relatives of Gareth Jones who are also Alumni of the College of Europe. The film was directed based on the book "More Than a Grain of Truth” by Gareth Jones's young niece, who discovered Jones's diaries in the 1990s.

The panelists shared their reflections on the role of art in sensitizing the public to the questions of identity, memory, and crimes against humanity, both committed in the past and those happening currently. The participants also reflected on some disturbing parallels between the tragic history of Holodomor and the Russian methods of deliberately targeting civilians and civilian infrastructure in ongoing Russia's aggression against Ukraine.