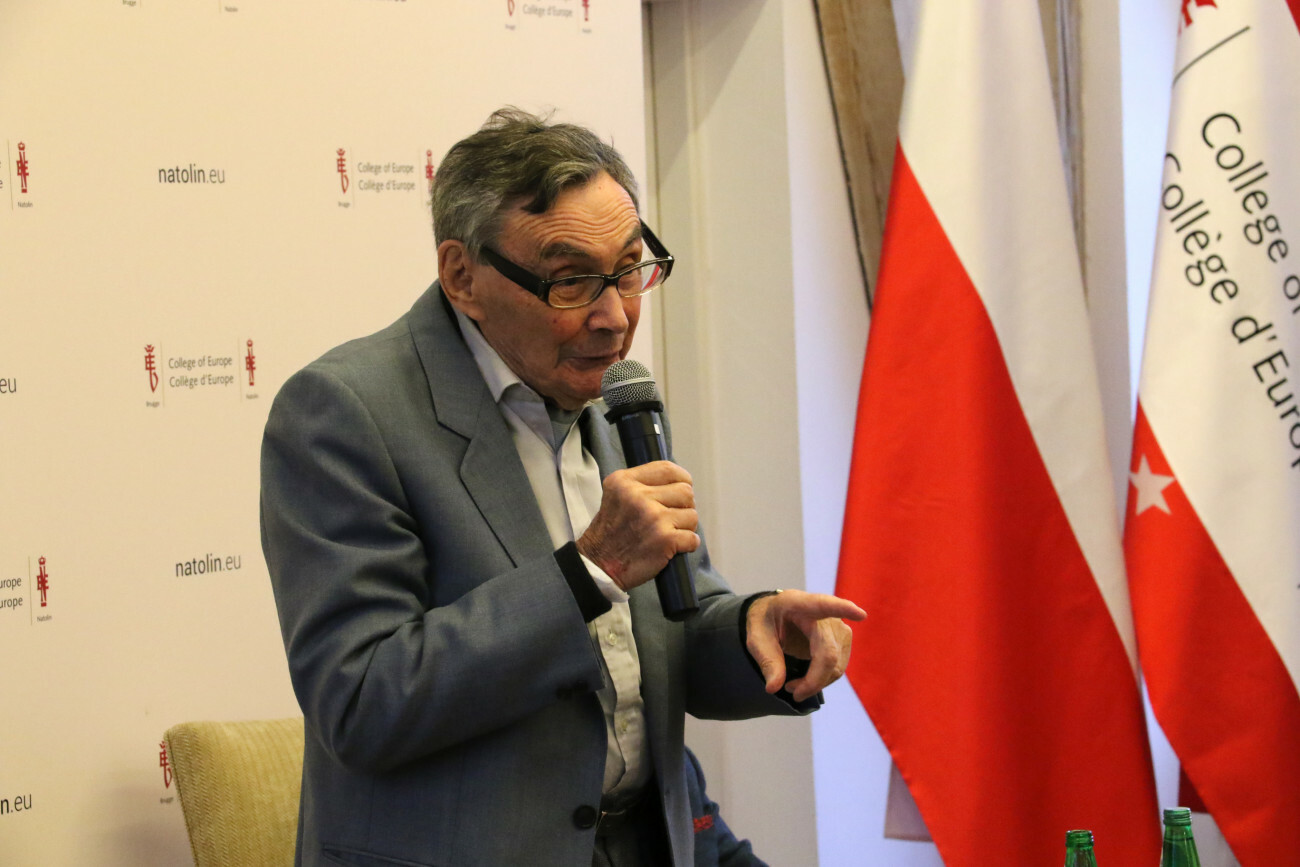 Special meeting with Mr Marian TURSKI, one of the few living survivors of Auschwitz-Birkenau

On Friday, 15 October 2021, the European Civilisation Chair of the College of Europe in Natolin had the honor to host a special meeting with Mr Marian TURSKI. The event took place in the Auditorium Copernicus and was moderated by Prof Georges MINK.

It was a great privilege that, despite his age and health, Mr TURSKI kindly agreed to share his testimony with our students. It may be one of the last chances the participants had to listen to an eyewitness of the horrors of totalitarianism and a Holocaust survivor, as their generation is now passing away. Answering one of the questions Mr TURSKI reminded the students: "If you manage to build a world without dictatorship, populist movements, disrespect for human rights and democracy, you will honour those who perished." The meeting was held in preparation for an upcoming visit and seminar organised together with the Auschwitz-Birkenau Museum and Memorial in May 2022. 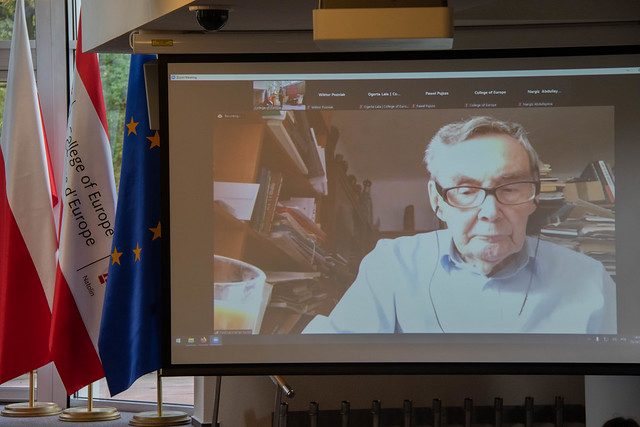 Marian TURSKI was born in 1926 in Łódź; his birth name was Moshe Turbowicz. The Germans invaded Poland in 1939, and in 1940, Moshe, his parents Eliasz and Helena Rachel, and his younger brother Wolf, were forced into the Lodz ghetto. Moshe attended the ghetto high school and joined a Communist youth group. In August 1944, the Turbowicz family was deported to the Auschwitz killing center, where Moshe’s father and, most likely, his brother were murdered upon arrival. He was later transferred to the Buchenwald concentration camp and was liberated at Theresienstadt after surviving a death march from Buchenwald. Moshe returned to Lodz, where he was reunited with his mother. Later he married Halina, a survivor of the Warsaw ghetto. Since the end of World War II, Marian Turski has had a distinguished career in Poland as a journalist and Jewish activist.

On 28 January 2021 (annual Holocaust Memorial Ceremony - International Day of Commemoration in Memory of the Victims of the Holocaust), Mr Turski spoke in the General Assembly Hall of the United Nations in New York.