On Monday, 4 October 2021, the debates for Student Representatives at the College of Europe in Natolin took place in Aula Copernicus. The three-hour event saw candidates for the four representative positions spar over consent, language, and the adequate representation of the diverse student body. The twelve candidates representing the collectives known as ‘Borderless CoElition,’ ‘Farther Together,’ and ‘Deer of Natolin’ defended their lists’ positions passionately, facing questions from Adam VOLF – Moderator – and their fellow students.

First to take the stage were the candidates for General Coordinator – Kilian BOURGOIS, Katja-Elisabeth HERRMANN EUFRACIO, and Ioanna NESTORIDI. Following an opening statement, the candidates fielded questions directed individually and collectively by the audience.

The second debate saw the candidates for Academic Affairs, and Languages Representative take the floor. After their opening statements, the three candidates, Yannick SOMAUROO, Marek BAZIN, and Luis Enrique SOUTO ALVAREZ, exchanged their points of view on issues related to their portfolios, and their suitability for the role most closely aligned with contentious language issues on-campus.

After a 15-minute pause, the candidates for Wellbeing Representative took the floor – Sara HOUMADA, Ayoub MENZLI, and Andre PIMENTEL GARCIA. As with the previous debate, all candidates spoke for two minutes before responding to various questions from the moderator and audience. Issues raised included the adequate care of students, themes of sport and exercise, and the containment of excessive parties.

Finally, the candidates for Extra-curricular Activities Officer took the stage to conclude the event. All three candidates – Anna DOVHA, Aleksandra SIWEK, and Mariam GRIGORYAN – spoke passionately during their opening statements about their qualifications for the role, their motivation, and their proposals for introducing the students to their new cultural environment in Poland.

The voting for the election of Student Representatives took place on Tuesday, 5 October 2021. Overseen dutifully by the Election Observers – Rhys NUGENT and Alvaro GARROTE FUENTES – voting took place by physical ballot at all three mealtimes during the day. Following the first round of voting, the ‘Farther Together’ list emerged with the highest votes (56) – however, no list reached the required simple majority of 60 needed for outright victory. Therefore, a run-off round of voting took place at dinnertime between the most popular lists (‘Borderless CoElition’ and ‘Farther Together’), after which the latter was declared outright victor with 70 of the 118 votes cast.

We want to congratulate our new Student Representatives, Kilian BOURGOIS, Sara HOUMADA, Yannick SOMAUROO, Aleksandra SIWEK, and wish them the best of luck with the year ahead. 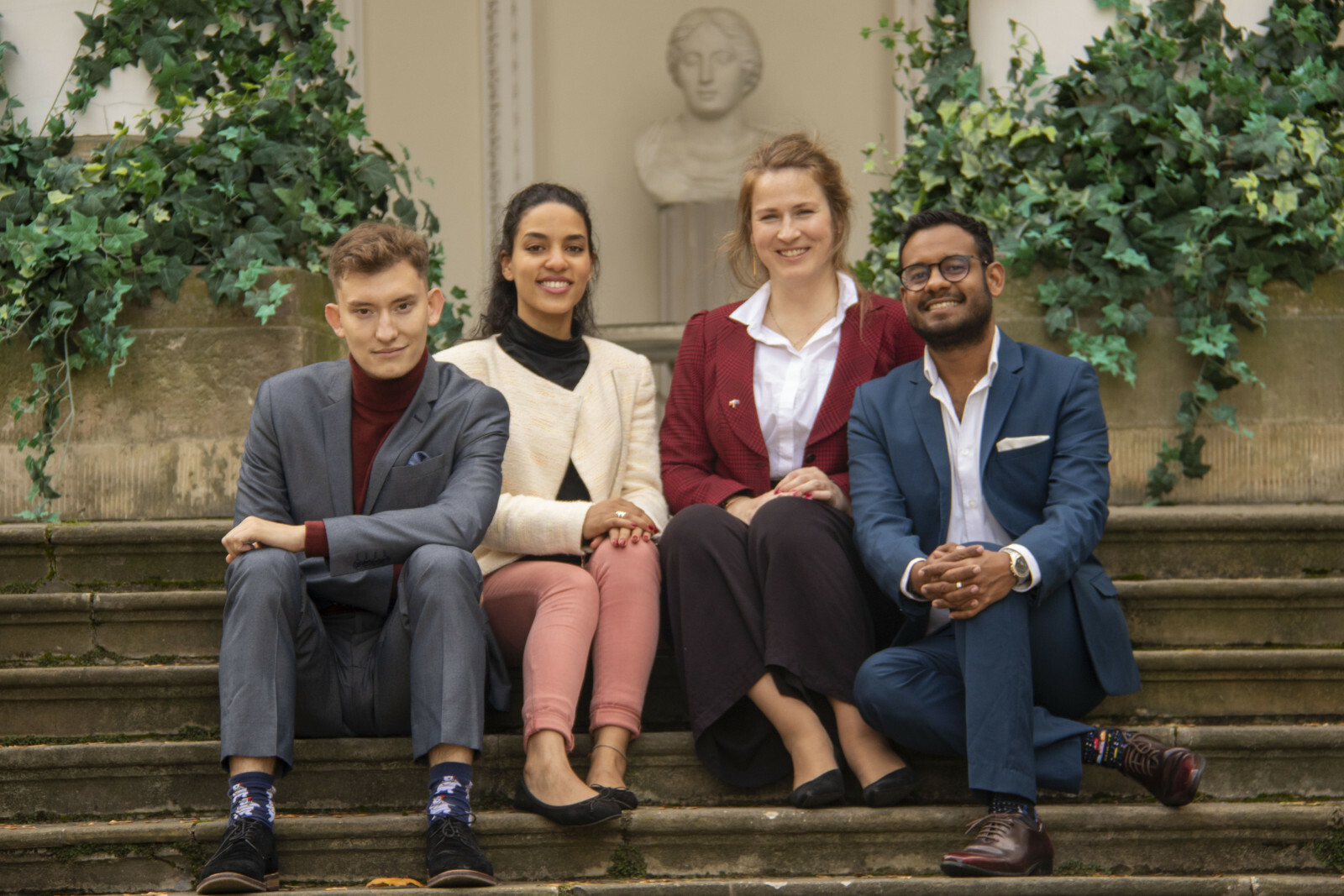