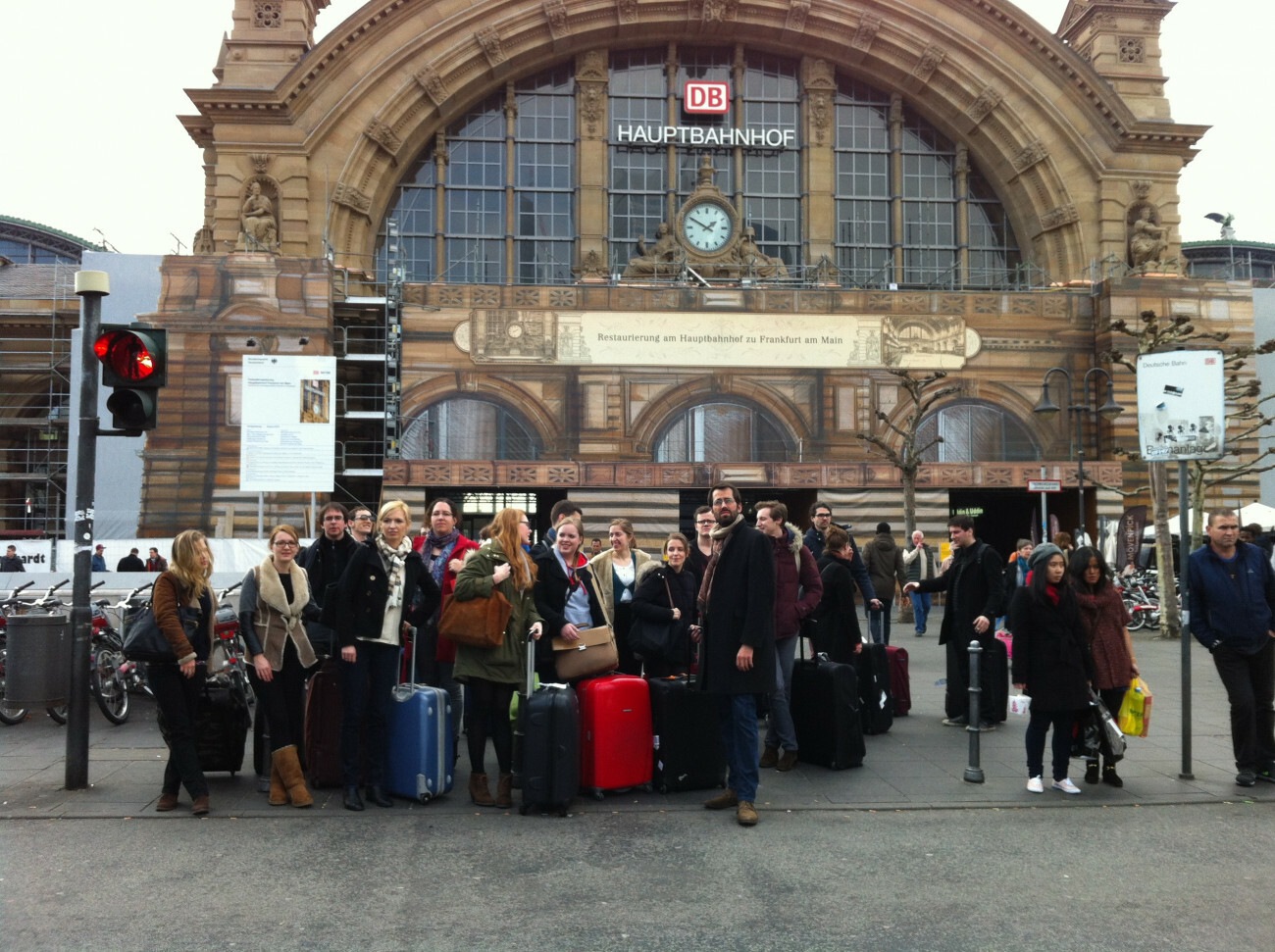 Study trips of the "Governance", "Internal Market" and "Global Actor" Majors of the Natolin Campus

From 16 to 22 March 2014 the "Governance in the EU", "The European Single Market" and "The EU as a Global Actor" majors of the Department of European Interdisciplinary Studies of the Natolin campus of the College of Europe organized tailor-made study trips for the Natolin students. (Photos)

The students of the "Governance in the EU" major went to Frankfurt, Brussels and Bruges under the overall theme of "Let’s Talk Democracy: The EU and its Citizens in the Context of Economic Governance Reforms". The group which was comprised of 20 students visited, amongst other, the European Central Bank, the European Commission and the European Parliament in order to discuss the economic governance reforms, the question of the upcoming European elections as well as possible development scenarios for the EU after the crisis. Later on, the students visited Bruges, where they met their fellow-students from the Voltaire Promotion.

The students of the "The European Single Market" major went to Brussels and Luxembourg. As such, through an academic programme centered on the "Internal Market" and its "citizens", the discussion focused upon the actual challenges related to the EU economic recovery process and the role of the EU consumers and citizens. Accordingly, the participants had the opportunity to meet representatives both from the public sector such as the European Commission, the European Parliament or the Court of Justice of the EU, as well as from the private sector including inter alia "think tanks" specialized in political and economic topics, or legal experts in EU litigation.

The students of the "The EU as a Global Actor" major went to Brussels and Bruges. This year's study trip called "Out there: the European Union's Worldwide Engagement" saw 39 students of the Voltaire Promotion discussing EU Foreign Policies and Actions, EU Trade Relations, Leadership in Humanitarian Crises and Development Aid, Energy and Globalization in a Changing World, and Promotion of Democracy with prominent speakers, officials and diplomats. The students visited the Centre for European Policy Studies, the German Marshall Fund of the United States, the European Endowment for Democracy, the EEAS, the European Investment Bank, the United Nations, the European Parliament and the Mission of Japan to the European Union. They later joined the "Governance" students to Bruges, where they visited the campus and networked with their colleagues from the Voltaire Promotion.