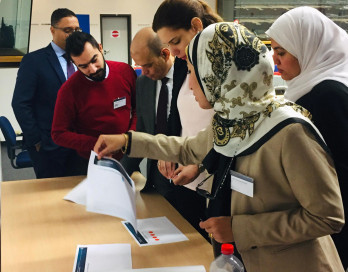 This project is designed to reinforce the dialogue and cooperation between the European Union (EU) and the League of Arab States (LAS) as well strengthen Euro-Arab relations in general.

The first phase of the project "Training and Information Course on Euro-Arab Relations” (El-Hiwar I) started in 2013 and was completed in June 2017. The overall objective of El-Hiwar I was to "improve the flow of information and to promote dialogue among officials working in the EU institutions and in the Arab League Secretariat".

The second phase of the project “Training and Information Course on Euro-Arab Relations” (El-Hiwar II) started in June 2018 and came to an end on May 19th, 2022 after 47 months of successful implementation. El-Hiwar II aimed at strengthening dialogue, cooperation and collaboration with key regional actors in Euro-Arab relations.

The third phase of the project “Training and Information Course on Euro-Arab Relations” (El-Hiwar III) started on October 27th, 2022 and will run for 36 months until September 2025. It will design, organise and facilitate a series of activities with the aim of further strengthening Euro-Arab relations, building capacity, contributing to information exchange and interactions between the EU and the LAS. These activities take various formats, such as policy dialogues, summer schools, training programmes, policy briefs, etc.

El-Hiwar Project is funded by the EU and implemented by the College of Europe (Bruges, Belgium).

Euro-Arab relations date back to 1973 when the first bi-regional dialogue was launched. Despite some ups and downs, since 2008, there is a shared willingness to revitalize those relations, especially by:

Following the first Ministerial meeting between the Ministers of Foreign Affairs of the European Union (EU) and of the League of Arab States (LAS) held in Malta in 2008, the EU and the LAS made efforts in strengthening and structuring their relations by establishing a framework of regular High Level and Senior Official Meetings, with the purpose of contributing to regional security, prosperity and democracy in full respect of international law, the United Nations (UN) Charter and the relevant UN resolutions.

At the first EU-LAS summit in Sharm El-Sheikh (Egypt) on 24-25 February 2019, the leaders agreed to deepen Arab-European ties to enhance the stability, prosperity, and well-being of the two regions. Both sides agreed to boost cooperation towards security, conflict resolution and socio-economic development throughout the region. Leaders also reaffirmed the need to strengthen economic cooperation between the two regions to spur investment and sustainable growth. The summit in Egypt marked the start of a new dialogue between the EU and the LAS. Leaders committed to hold EU-LAS summits regularly. 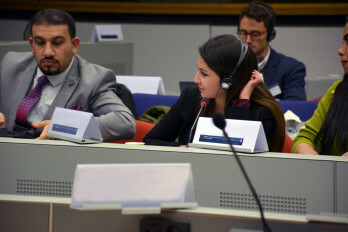 Want to hear what participants and stakeholders of the El-Hiwar Project have to say? Have a look at our videos and Flickr album!

To learn more about the activities implemented during the previous phase of the project, click here

In the framework of the first El-Hiwar Summer School on Euro-Arab Relations, which took place from 15 to 19 July 2019, participants were encouraged to and trained in the drafting of briefs on a topic of relevance for the future of Euro-Arab relations. The series is published below!

Do not hesitate to contact us for any inquiry or to explore synergies between your project and the El-Hiwar Project: elhiwar@coleurope.eu 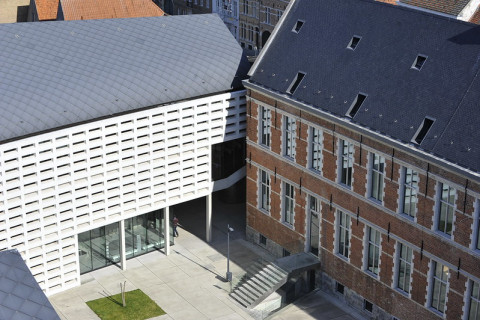 Only one week before the start of the 2nd Africa-EU Competition Week!

The European Commission’s Directorate General for Competition (DG COMP) and the Service for Foreign Policy Instruments are organising the 2nd Africa-EU Competition Week (#AEUCW) from 13 to 16 February...