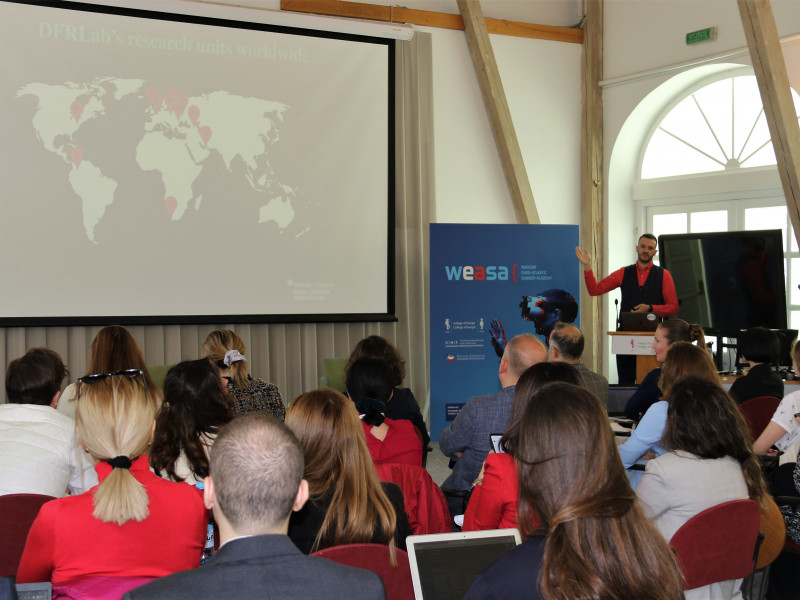 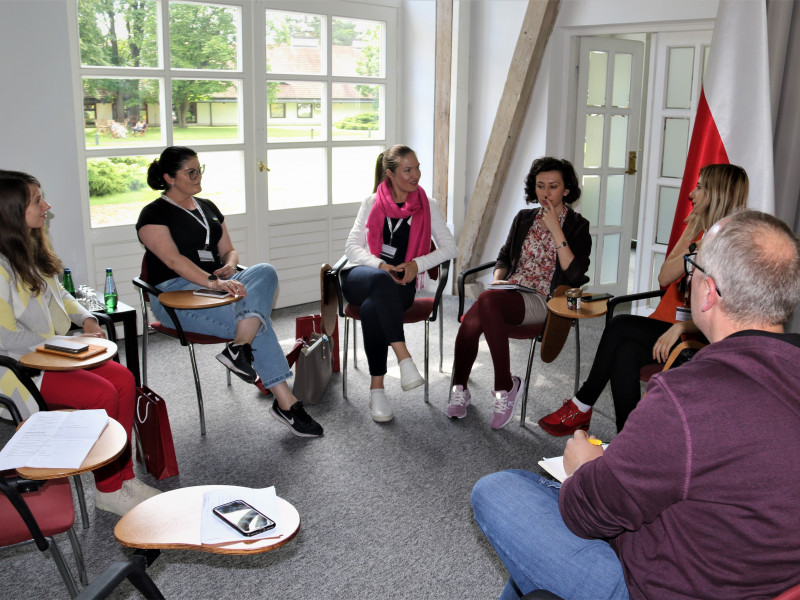 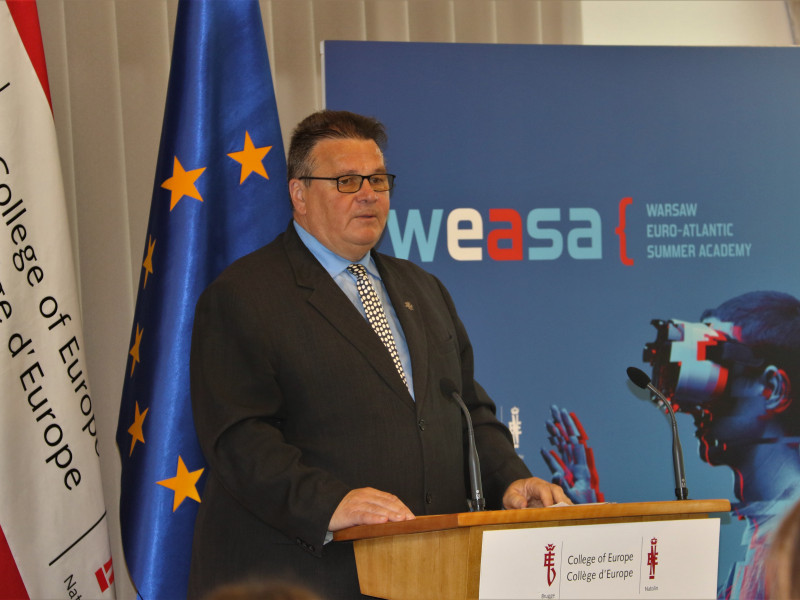 The theme of this year's edition of WEASA is “Information War and the New Geopolitical Reality”. The event is devoted to understanding the conflict of information preceding Russia’s physical invasion of Ukraine; as well as the new geopolitical reality occurring since and as a result.

In her opening remarks, the Vice-Rector of the College of Europe in Natolin, Mrs Ewa OŚNIECKA-TAMECKA, highlighted the necessity to discuss the new geopolitical reality relating not only to the physical war in Ukraine, but the information war occurring there and elsewhere. Ms Agnieszka MAZUR, representing the Polish-American Freedom Foundation, encouraged the participants to benefit from the valuable WEASA alumni networking. The event heard also from Ms Marta PROCHWICZ-JAZOWSKA of the German Marshall Fund of the United States, who underlined that WEASA is where similar values meet and stated her belief in the power of participants to defend shared values against authoritarian tendencies.

It was Natolin's great honour to host also keynote speaker Mr Linas LINKEVIČIUS, former Minister of Foreign Affairs and former Minister of National Defence of Lithuania. During his address, Mr LINKEVIČIUS spoke insightfully about Russia’s war against Ukraine and changing geopolitical realities. A subsequent Q&A session with the participants revealed their competencies and interest in Euro-Atlantic relations and their desire to improve their country’s transatlantic path, in particular integration with the European Union.

WEASA is an annual summer school for mid-career professionals from the Eastern Partnership, the Western Balkans, and Poland. Each year, a wide range of policy analysts, experts, advisers, civil servants, NGO professionals, and journalists take part in the academy.

The event was established to present and debate the political, social and economic foundations of modern democracies in the European Union and the transatlantic community, and to further promote the values of freedom, pluralism and peace. It takes place each year at the College of Europe in Natolin.