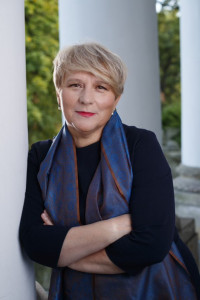 Since September 2007 Ewa OŚNIECKA-TAMECKA has served as Vice-Rector of the College of Europe. She is based at the Natolin campus in Warsaw.

Born in 1962 in the historic and industrial city of Łódź in Poland, she graduated from the Faculty of Economics and Sociology at the University of Łódź, obtaining two masters degrees in economics in 1987 and 1988. She started working at University of Łódź, but in 1991 she has dedicated herself to public service, serving both her country and the cause of European unity.

She has pursued this work both in Polish public administration and, since 1992, in establishing in Poland branches of three major European educational and training institutions: the College of Europe, the European University Institute in Florence and the European Institute of Public Administration in Maastricht. In doing so, she supported the establishment in Poland of strong centres for European studies that would enable joint education of young people from all European countries, including from Central and Eastern Europe, and their preparation for active participation in the process of European Integration.