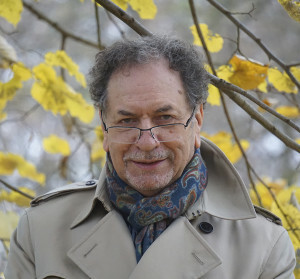 Georges Mink is Director of Research at the Institut des Sciences Sociales et du Politique (CNRS - France), Université de Paris X, Nanterre and (since 2015 – today) President of the International Council for Central and East European Studies (ICCEES). He is a Sociologist and Political Scientist, specialising in Central and Eastern Europe. His research and publications – more than 250 books, studies and articles - are dedicated to political systems, the sociopolitical evolution of these regimes, the conversion of ex-communist elites in central and eastern Europe and the europeanisation of national political systems. Today, his research focuses on the question of transitional justice in EU countries.

Georges Mink is Associate Professor at Science Po, Paris (since 1973) and Visiting Professor at the College of Europe, Natolin Campus (since 2000).

Georges Mink has also lead research teams at the Observatoire Sociologique de l’URSS et de l’Europe de l’Est (OSEUS-CNRS), and the Centre des recherches sur les sociétés postcommunistes (CRESPO-CNRS). Between 2001 and 2003, he worked for the French Foreign Ministry as Director of the Centre Français de Recherches Sociales in Prague (MAE-CNRS). He was Director of the Revue d’Étude comparative Est-Ouest (1999-2004) and was one of founders of the journal Géopolitique.

He is and has been member of several professional executive bodies, including the administration council of Radio France Internationale (1989-1994), the executive committee of the International Council for Central and Eastern European studies (since 2000), and the Scientific Council of the Social Sciences Faculty of the Charles University (since 2001).