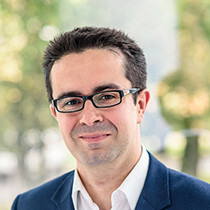 Jakub was awarded a Master’s degree in Journalism and Communication in 2008, at the Jagiellonian University in Cracow (Poland). For the following eight years he worked as a television journalist for the Polish national broadcaster (TVP), where he covered stories and worked on documentaries related to social affairs, religion, culture, intercultural dialogue and history.

Jakub also holds a Bachelor’s degree in Cultural Studies (2016) from the University of Warsaw (major: Western and Southern Slavic Studies, specialization: Croatia). He graduated from the College of Europe (Natolin) in 2018 with an advanced Master’s degree in European Interdisciplinary Studies. His thesis explored the state-driven historical policy and the politics of memory in the context of their impact on contemporary Polish-Ukrainian relations.

Jakub has been working as a Senior Academic Assistant at the College of Europe in Natolin since 2018. His research interests focus on the history and sociology of totalitarian regimes and native fascist movements, historical policy and the politics of memory, as well as the role of art and media in shaping contemporary historical narratives.

Since August 2021, Jakub has held the position of Head of the Communications, Marketing and Recruitment Office at the College of Europe in Natolin. As of March 2022, he became Head of Communications and Events in that same Office.