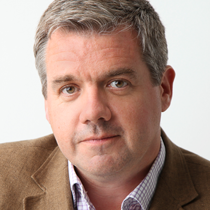 Roger Moorhouse is a historian and author, specialising in Nazi Germany, Central Europe and World War Two in Europe.  A fluent German speaker, he graduated from The School of Slavonic and East European Studies (SSEES), University of London, in 1995, and undertook post-graduate work at the Universities of Düsseldorf and Glasgow.

Moorhouse was the co-author, with Professor Norman Davies, of “Microcosm: Portrait of a Central European City” in 2002, and has since written a number of books, including ‘Killing Hitler’ (Cape, 2006), ‘The Devils’ Alliance’ (Bodley Head, 2014) – on the subject of the Nazi-Soviet Pact – and the critically-acclaimed ‘Berlin at War’ (Basic Books, 2010), a social history of the German capital in World War Two, which was short-listed for the Hessel-Tiltman Prize in 2011.  In 2019, he published a well-received “First to Fight: The Polish War 1939”. His books have been published in over 20 languages.

A regular lecturer and book reviewer for the national and specialist history press, Moorhouse was elected a fellow of the Royal Historical Society in London in 2015.  He lives in Buckinghamshire, UK.