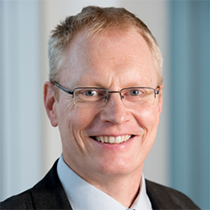 From 2005 to 2015, Sebastian Oberthür served as IES Academic Director. From 2006 to 2013, he was a member of the Compliance Committee of the Kyoto Protocol to the UN Framework Convention on Climate Change. Since 2000, he has furthermore acted as a special policy advisor on international climate policy to the German Federal Ministry for the Environment, Nature Protection and Nuclear Safety. Since 1996, he has also been an appointed member and representative of the International Council of Environmental Law. From 2005 to 2007, Sebastian Oberthür served as a member of the Scientific Steering Committee of the Institutional Dimensions of Global Environmental Change project of the International Human Dimensions Programme. He is a member of Climate Strategies – an international research network focusing on climate and energy policy.

Dr. Oberthür has published widely on these subjects and is invited regularly as an expert to participate in and speak at relevant conferences and workshops. He has followed the international negotiating processes on the protection of the ozone layer and on global climate for several years as a scientific observer and a government advisor. He serves on the editorial boards and review panels of various journals and as a reviewer of several national science foundations. He is also co-editor of the book series on "The European Union in International Affairs" with Palgrave Macmillan.

Before joining the IES in 2005, Sebastian Oberthür served as a part-time assistant professor for international relations at the Otto-Friedrich-University Bamberg from 2001-2005. Previously, he was a senior research fellow with Ecologic, the Institute for International and European Environmental Policy in Berlin, with which he remains a Senior Policy Advisor. In 1996 and 1997, Dr. Oberthür also taught International Relations at the Technical University Berlin.

From 1987 to 1992, Sebastian Oberthür studied political science in Marburg and Berlin. In 1995, he received a PhD from the Free University Berlin for his work on "The Contribution of International Regimes to Solving Environmental Problems.