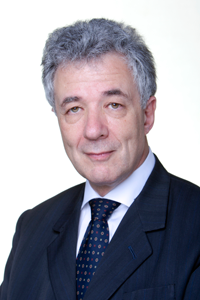 Thomas Mayr-Harting (AT) is the Special Representative of the OSCE Chairperson-in-Office for the Transdniestrian Settlement Process. He was Managing Director for Europe and Central Asia in the European External Action Service from November 2015 to August 2019. Before that he served as Head of the Delegation of the European Union to the United Nations in New York (October 2011 to December 2015) and as Permanent Representative of Austria to the United Nations (December 2008 to October 2011). In the latter capacity he represented Austria on the UN Security Council in 2009 and 2010.

Thomas Mayr-Harting studied law at the University of Vienna. He is an alumnus of the College of Europe (Promotion Karl Renner). In 1978, he was also awarded the Diploma of The Hague Academy of International Law.