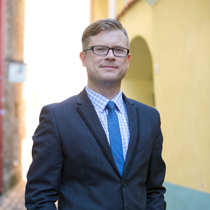 Prior to joining the International Centre for Defence and Security (Tallinn), Tomas worked at the Baltic Defence College (BALTDEFCOL), first as deputy director of the College’s Institute of Defence Studies in 2001-2004, and later as dean of the college in 2005-2008. In the latter capacity, he was also the editor of the journal ‘Baltic Security and Defence Review’. At BALTDEFCOL, he lectured and published articles on strategy, military theory, defence policy and civil-military relations. He was also involved in the Prometheus Programme of Transition Studies at the Euro-College of the University of Tartu, post-graduate military diplomacy programme at the Lithuanian Military Academy as well as in various projects of the Estonian Academy of Young Scientists (ENTA). In 1998-2001 and in 2005, Tomas worked at the Defence Policy and Planning Department of the Lithuanian Ministry of National Defence. At the end of 1998 - beginning of 1999, he was a research fellow at the Swedish National Defence Establishment (FOA, now FOI).

At the International Centre for Defence and Security, Tomas focuses on the issues pertaining to science, technology and innovation, defence industry, security and defence governance and management (especially civil-military relations, whole-of-government approach and organisational culture), foresight and resilience.