On 15 April 2015, the Natolin (Warsaw) campus of the College of Europe hosted the second European Neighbourhood Policy Chair Guest Lecture of 2015, which dealt with the current war in Ukraine in light of EU and Russian foreign policy in their respective neighbourhood.

The escalation of the Russian-Ukrainian conflict in 2014 was partially the result of a misunderstanding. The Kremlin, for too long, underestimated the EU's association policies in Eastern Europe and realized too late how consequential the conclusion of Ukraine's Association Agreement with the EU could be for the stability of the "Putin System". Moscow also misjudged both the Ukrainian domestic situation and Western reactions to Russia’s military adventures on Crimea and in the Donets Basin. Russia foresaw neither the resilience of Kyiv in the context of the current military confrontation nor the depth of the shock in the EU that the Russian annexation and covert war in Ukraine would generate. The EU grossly underestimated both the broader dimension and the risks of its Eastern association policies, thus triggering a major geopolitical change in Europe, without having a coherent vision and a structured plan that could guide its actions. 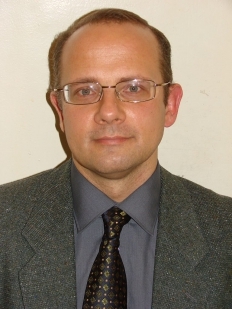 Professor Andreas UMLAND is a Senior Research Fellow at the Institute for Euro-Atlantic Cooperation in Kyiv. He holds a Certified Translation Diploma from the University of Leipzig, a Master of Arts in Political Science from Stanford University, a Master of Philosophy in Russian and East European Studies from Oxford University, a Diploma and Doctor of Philosopy in History from the Free University of Berlin, and a PhD in Politics from Cambridge University. He was a visiting fellow at Stanford’s Hoover Institution from 1997 until 1999 and at the Harvard Weatherhead Center in 2001-2002. He was a Bosch visiting lecturer in International Relations and Political Science at Yekaterinburg’s Urals State University in 1999-2001, and worked at Kyiv’s Mohyla Academy in 2002-2003 and 2010-2014.

In 2004, Professor UMLAND worked as a temporary lecturer in Russian and East European studies at St. Antony’s College Oxford. In the same year he took up the function of general editor of ibidem Press's book series "Soviet and Post-Soviet Politics and Society" (SPPS). Between 2005 and 2008, Professor UMLAND worked as a DAAD lecturer in German studies at Kyiv’s Shevchenko University. He is the founder and administrator of the web archive/Yahoo group "Russian Nationalism", and co-editor of the German printed and Russian web journals "Forum for Contemporary East European History and Ideas" and "Forum noveishei vostochnoevropeiskoi istorii i kul'tury".