On 27 January 2017, Mr Edward LUCAS returned to the Natolin campus of the College of Europe to give a lecture titled "European journalism today and tomorrow".

The lecture was moderated by Professor Richard BUTTERWICK-PAWLIKOWSKI, Chairholder of the European Civilization Chair at the College of Europe, Natolin campus.

Mr LUCAS is Senior Editor at The Economist, responsible for coverage of energy, commodities and natural resources. For a quarter of a century, Edward LUCAS has covered every major story coming out of Russia, the Baltic and Central and Eastern Europe, from the fall of the Iron Curtain to Vladimir PUTIN's extraordinary consoli­dation of political and economic power. He has reported and commented not only for The Economist, but also for the BBC, and the European Voice, the Independent, The Times, the Daily Telegraph and Foreign Policy.

Edward LUCAS's best known books are The New Cold War (2007, updated edition 2014) and Deception (2012). The Snowden Operation, a critical account of the leaks from the NSA in 2013, appeared as a Kindle Single in 2014. Cyber­phobia, on security, identity, privacy and anonymity in the digital age, was published in mid-2015. In his view, the Western powers have been dangerously divided, weak and complacent in the face of new threats from Russia. Edward LUCAS studied Economics at the London School of Economics and Political Science and holds an honorary doctorate from Vytautas Magnus University, Kaunas. He is also Senior Vice-President at the Center for European Policy Analysis, a Washington DC think tank. 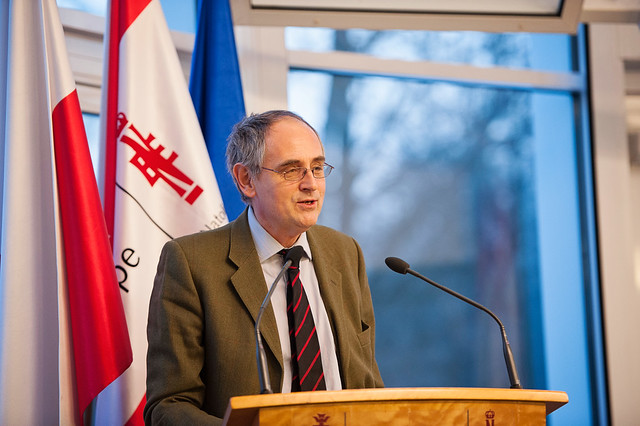