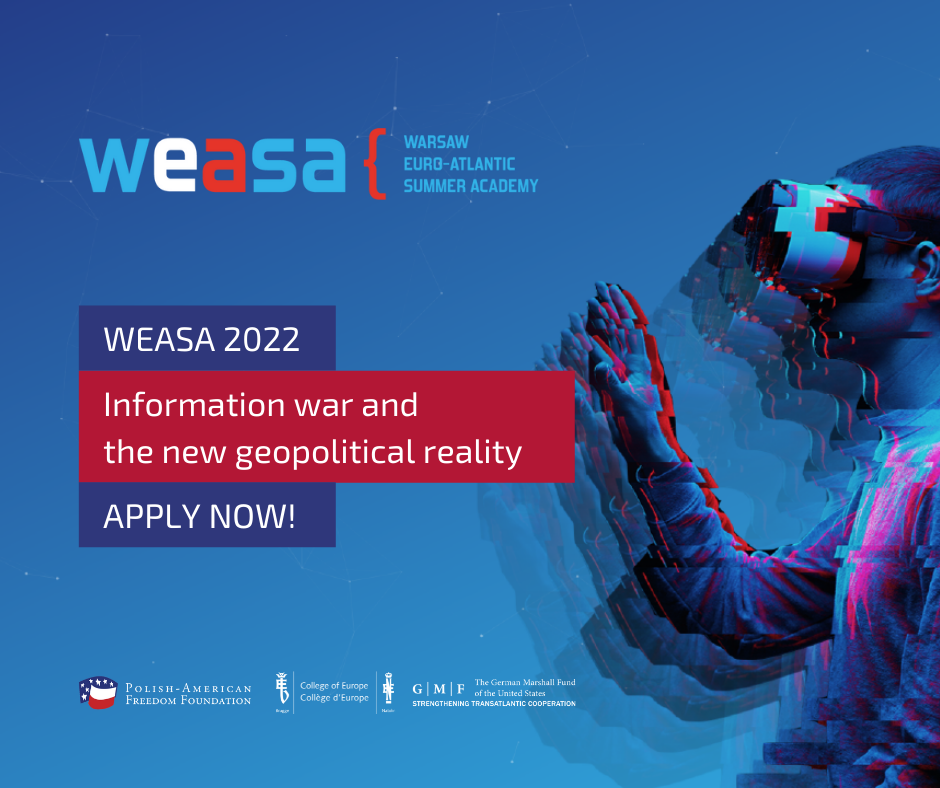 From 10 to 18 July 2022, the College of Europe in Natolin, the German Marshall Fund of the United States (GMF), and the Polish-American Freedom Foundation (PAFF) will organize the 10th edition of the Warsaw Euro-Atlantic Summer Academy (WEASA). This year's theme is:

The 10th edition of WEASA will address two broad themes in connection with Russia's war against Ukraine: 1) the information war which was taking place before, during, and will take place after the physical war; and 2) the new geopolitical reality in which we now find itself as a result of the war.

The morning of 24 February 2022, which saw the dramatic escalation of the war in Ukraine with Russia's unprovoked mass invasion, has ushered in a new era of geopolitics for the region and the world. This aggression has demonstrated that conflict occurs not only in the physical space but also, to a large extent, in the cyber and informational space. Unlike ever before, the online sphere is another battlefield of this war. In particular, social media has become one of the critical tools in the information space to not only spread quick news and developments but also instill panic, fear, and anger with fake news and manipulated information or doctored pictures and footage.

WEASA 2022 will take place in person, and it will discuss several topics, including:

The preliminary agenda of WEASA 2022 can be found here.

For more information, please visit www.weasa.org or write to contact@weasa.org.