​The College of Europe was established in 1949 in Bruges in Belgium. Since 1992 the College has operated on two campuses in two host countries, in Bruges (Belgium) and in Natolin (Poland). They are administered by their respective governing bodies, respectively under Belgian and Polish legislation. In all academic matters, they act under the governance of a single Academic Council.

The College of Europe has the mission to contribute to the construction of Europe and to good relations between the European Union and its major international partners. It does so primarily by the provision of advanced Master programmes combining excellence in teaching with a unique European student living experience. The College further serves this mission by scholarly contributions on key issues of European cooperation and integration, the provision of high-level executive training and the organisation of high-profile public events on topical European issues.

Members of staff are expected to serve the College’s mission with professional dedication, a spirit of pro-active collegiality and all the mutual respect which the contribution of each member of staff to the common mission deserves. Every department and service is expected to give full consideration to its own role in achieving the College’s mission and to regularly review this role in the light of possible improvements.

The Natolin campus in Warsaw (Poland)

The Natolin Campus has been governed since 2001 by an Executive Board which ensures its sound financial and administrative management. Its members include representatives from the two host countries and the Rector and Vice-Rector of the College of Europe. Its Chairman is Prof. Jacek SARYUSZ-WOLSKI. Members Executive Board

The Academic Council of the College of Europe

The Academic Council, which includes representatives of both campuses, ensures that College-wide education and training standards are maintained at a high level. Members 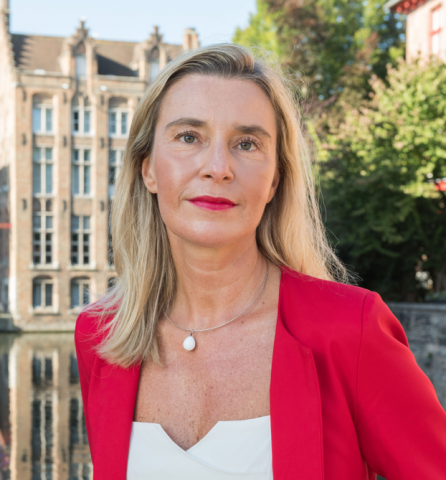 On 1 December Rector Mogherini will give a lecture at KULeuven on “How to keep Europe united in times of geopolitical turmoil ?” More information can be found via this link. The lecture can be...