The College of Europe was the world’s first institute of postgraduate studies and training in European affairs.

It was founded in 1949 by leading European figures such as Salvador DE MADARIAGA, Winston CHURCHILL, Paul Henri SPAAK and Alcide DE GASPERI in the wake of the first Congress of the European Movement in The Hague in 1948. The idea was to establish an institute where university graduates from many different European countries could study and live together in preparation for careers related to European cooperation and integration.

Excellence in European Studies: a unique institution since 1949 A group of Bruges citizens led by the Reverend Karel VERLEYE succeeded in attracting the College to Bruges, and Professor Hendrik BRUGMANS, one of the intellectual leaders of the European Movement of the time, became its first Rector (1950-1972).

After the fall of communism, and in the light of the changes in Central and Eastern Europe, a second College of Europe campus was founded at Natolin (Warsaw, Poland) in 1992 with the support of the European Commission and the Polish government. The College now operates as ‘one College - two campuses’, inspired by the same ‘esprit du Collège’.

Rector Jörg MONAR gave a lecture entitled 'Creating the College of Europe in Bruges in 1949-1950 : Reflections on an inspired improvisation."

Interested in more history videos of the College of Europe? Have a look at our history playlist and many other playlist with College videos of the many speeches, ceremonies, events and testimonials. 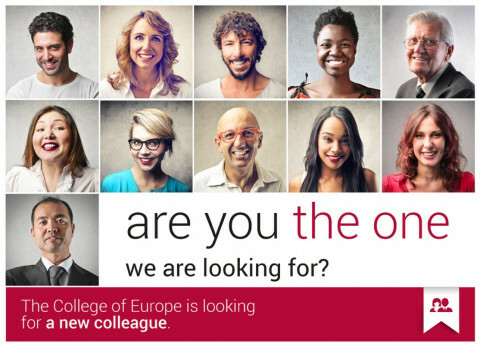 Vacancies at the College of Europe in Natolin