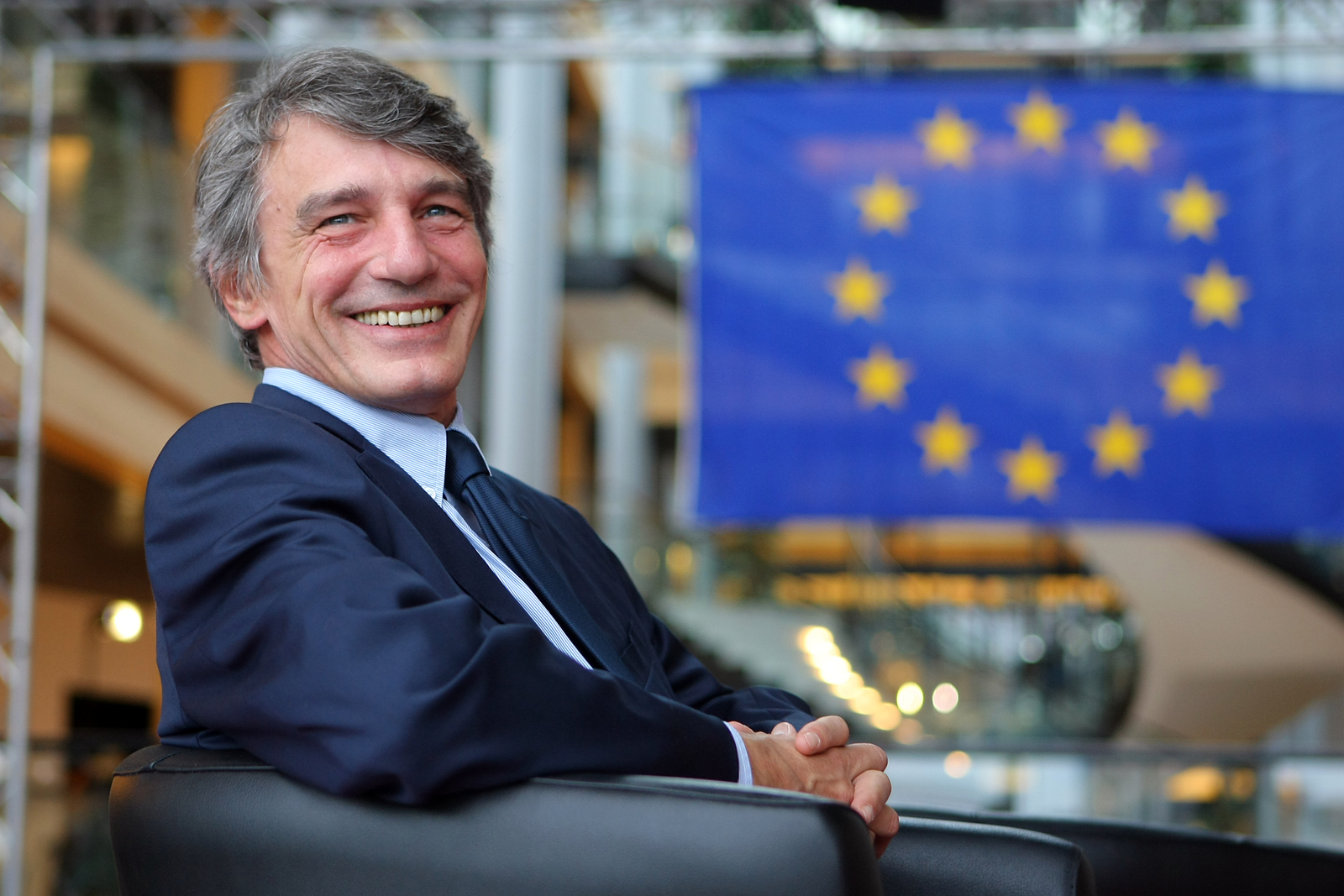 Born in Florence in 1956, David Maria SASSOLI was an Italian politician, journalist and the President of the European Parliament. Before entering politics, he worked as a journalist and TV anchor. He had a long, high-profile career as a journalist at various newspapers and news broadcasts where he covered major national and international events. He launched his political career in 2009 with the newly formed Democratic Party and was elected for the first time as a Member of the European Parliament in 2009 where he joined the Socialist & Democrats Group. He was re-elected in 2014 and in 2019. For his last mandate, he was elected President of the European Parliament. He died at the age of 65 on the 11th of January 2022 after being hospitalised on the 26th of December 2021.

The President of Solidarity and Democracy

David Maria SASSOLI was a sincere and dedicated European. His vision of Europe was marked by solidarity, democracy, and bridging the gap between institutions and European citizens.

He raised his voice advocating throughout his mandate for the EU citizens' rights jeopardised by the drifts toward illiberal reforms and authoritarian regimes, for democracy and the rule of law.

"The defence and promotion of our founding values of freedom, dignity and solidarity must be pursued every day inside and outside the EU" he declared during his investiture speech in 2019.

He was also committed to social justice. He will be remembered as the President who led the European Parliament through the Covid-19 pandemic, one of the toughest challenges since the creation of the European Union. Under this context, he took some important decisions fostering the European integration towards a more social Europe and a Europe of health: the decision of keeping the European Parliament opened led to the birth of the Next Generation Europe recovery plan. He also chose to overcome national vetoes to help those most affected by the crisis. He was also committed to making institutions more transparent and closer to the EU citizens.

"It is a difficult time. We want to be close to families who have lost loved ones, to those who are sick, and to European compatriots who are experiencing a moment of great fear. We must use all our energies and appeal to everyone's responsibility. Europe will only succeed if we are united, courageous and supportive.".1

Before becoming President, Sassoli was also at the origin of the Sassoli-Dijksma directive, which opened the European market for domestic passenger transport services by rail and the governance of the railway infrastructure.

Sassoli at the College

During his mandate as President, Sassoli participated in the High-level Interdisciplinary Conference on the future of Europe as a keynote speaker.

On Tuesday the 15th of June 2021, he also virtually addressed the students of the Italian Society of the Mário Soares Promotion during a high-level conference on the European Parliament and the Future of Europe.

Quotes from the Rector

‘I am sure that his open smile and mind, his curiosity, his determination and generosity will guide generations of Europeans towards a better integration of our continent” Federica Mogherini, Rector of the College of Europe.