The title of this year's summer school was:

"The European Neighbourhood Policy: Principled Pragmatism and the Quest for Resilience"

As every year, also this year’s PhD Summer School focused closely on EU foreign policy (EUFP) more generally, and on the European Neighbourhood Policy (ENP) in its eastern and southern dimensions in particular, as well as on political, security, economic and social developments in the EU’s neighbourhood partner countries. The objective of the ENP PhD Summer School is to provide PhD students with a unique programme combining lectures by leading scholars, experts and practitioners, with the opportunity to present their PhD projects and benefit from expert advice and tailor-made feedback. It aims to familiarize and deepen PhD students’ cross-disciplinary knowledge of EUFP analysis towards the EU’s neighbours, to make them aware of specific regional and domestic dynamics in the EU’s neighbourhood, and to equip them with relevant methodological and conceptual tools. In addition, the School helps PhD students and young academics to expand their personal and professional networks and benefit from the many high-level events that take place during the EFA.

This year’s ENP PhD summer school revolved around the notion of 'principled pragmatism' and the EU’s quest for resilience in its two neighbourhoods, drawing on the EU’s Global Strategy of 2016 and the overarching theme of EFA 2018, which was "Diversity and Resilience". The 2018 edition of the ENP PhD Summer School brought together both junior academics to present their on-going doctoral projects related to the ENP and/or EU neighbourhood dynamics, as well as senior scholars who offered feedback and lectures. The ENP PhD Summer School concentrated on analyzing conceptually and empirically the dynamics between the European Union and its eastern and southern neighbourhoods, with a special focus on the nexus between the EU Global Strategy and the 2015 ENP, and the EU’s quest for state and societal resilience beyond the EU’s borders. While the promotion of democracy and security have been at the core of the EU’s transformative engagement in its neighbourhoods for many years, the adoption of the revised ENP in late 2015 added the promotion of state and societal resilience to the EU’s foreign policy objectives in its 'near abroad'. Understanding the interaction between the focus on resilience and ‘principled pragmatism’ on one hand, and the transposition of EU norms and values on the other, is central to the analysis of EU neighbourhood policies and their impact on social and political transformations.

The ENP PhD Summer School brings together a faculty of renowned scholars. The keynote lectures were given by H.E. Ambassador Thomas MAYR-HARTING (Managing Director Europe and Central Asia, European External Action Service) and H.E. Ambassador Pierre VIMONT (former Secretary General of the European External Action Service). Further information on previous editions of the Summer School and respective speakers can be found at www.enpsummerschool.eu.

Topics addressed included, among others: 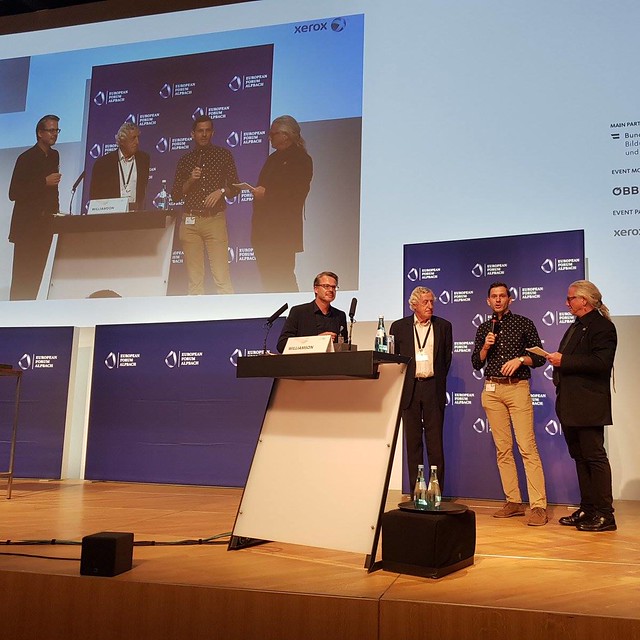 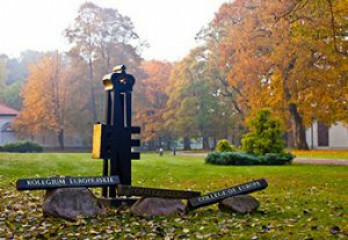 The European Neighbourhood Policy Chair at the Natolin campus of the College of Europe – the oldest post-graduate university institute world-wide with a focus on the study of the process of European integration – was created on 1 July 2012 and within a short period of time has become an academic centre of excellence, focusing on the analysis of the EU’s ENP and the EU’s 16 neighbourhood partner countries. This is reflected in the many books, research articles, book chapters and policy papers that it has published in prominent outlets as well as in the numerous academic activities it organises. More information on the ENP Chair and the College of Europe Natolin can be found here. Information on past ENP PhD Summer Schools can be found here: www.enpsummerschool.eu.

The European Forum Alpbach is an interdisciplinary platform for science, politics, business and culture. Established in 1945, the annual European Forum Alpbach and its events throughout the year address the relevant socio-political questions of our time. EFA connects international decision-makers from all sectors of society with an interested audience and committed young people. Its goal is to create a dialogue across the generational, ideological and other lines that divide people and societies. More information on the European Forum Alpbach can be found here: www.alpbach.org/en.