“The College of Europe Talks” with Mr Paolo GENTILONI, Commissioner for Economy and former Prime Minister of Italy

The guest of the first The College of Europe Talks was Mr Paolo GENTILONI, Commissioner for Economy and former Prime Minister of Italy.

This event was live-streamed.

On the 9th November, Rector Federica MOGHERINI welcomed Paolo GENTILONI, EU Commissioner for Economy and former Prime Minister of Italy, for the inaugural event of the College of Europe Talks series.

In what was a stimulating and candid conversation with students, Mr GENTILONI presented an overview of the current state of the European economy. Opening on an optimistic note, the Commissioner remarked on the positive news of a potential vaccine that was released earlier that day, but warned that distributing a vaccine will present logistic and social challenges in Europe and around the world.

Turning to economic forecasts, Mr GENTILONI discussed the sombre outlook facing the European Union over the next few years. The road to recovery, he said, is long: the Commission does not expect European GDP to return to its pre-pandemic levels until 2022 or 2023, at the earliest. The Commissioner noted that policy makers must consider that the Covid-19 pandemic will have divergent impacts across Member States and demographic groups: inequalities are likely to be exacerbated among the youth and those in precarious employment, and the adverse economic effects of persistent lockdowns are being felt more severely in some countries more than others. 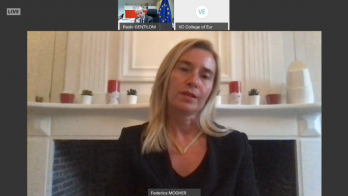 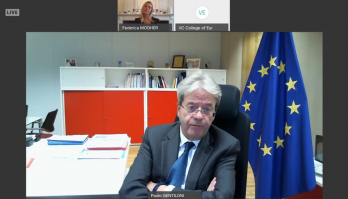 Despite this gloomy outlook, there have been some causes for celebration. The Commissioner praised the speed and agility of the EU’s reaction to the crisis in March: in the space of three weeks, the ECB began the (now) €1.35tn Pandemic Emergency Purchase Programme, the Council approved the suspension of the Stability and Growth Pact’s fiscal rules, and the Commission announced the €100bn SURE unemployment protection programme.

Crucially, Mr GENTILONI noted, this summer’s €750bn Next Generation EU package could be a “game changer” for European integration: for the first time, the EU will have a common fiscal policy working in tandem with monetary operations. Issuing, said the Commissioner, common debt for common purposes has sent a strong message of unity and resilience to Europe. Though he caveated that this debt would also have to be repaid “in a common way” and recognised that, for some Member States, increasing own resource contributions to the EU budget will prove difficult in a post-Covid world.

When asked about growing Debt/GDP ratios across the continent, Mr GENTILONI insisted that Member States will need to be supported for as long as necessary, as withdrawing financing measures would put countries at risk of double dip recessions. Having said this, he encouraged Member States to consider the medium-term sustainability of their fiscal endeavours and cautioned against projects that would amount to a permanent drain on their national budget.

We, the students, would like to thank Mr GENTILONI for attending the launch the College of Europe Talks series, and we look forward to future conversations with Rector MOGHERINI and guests. 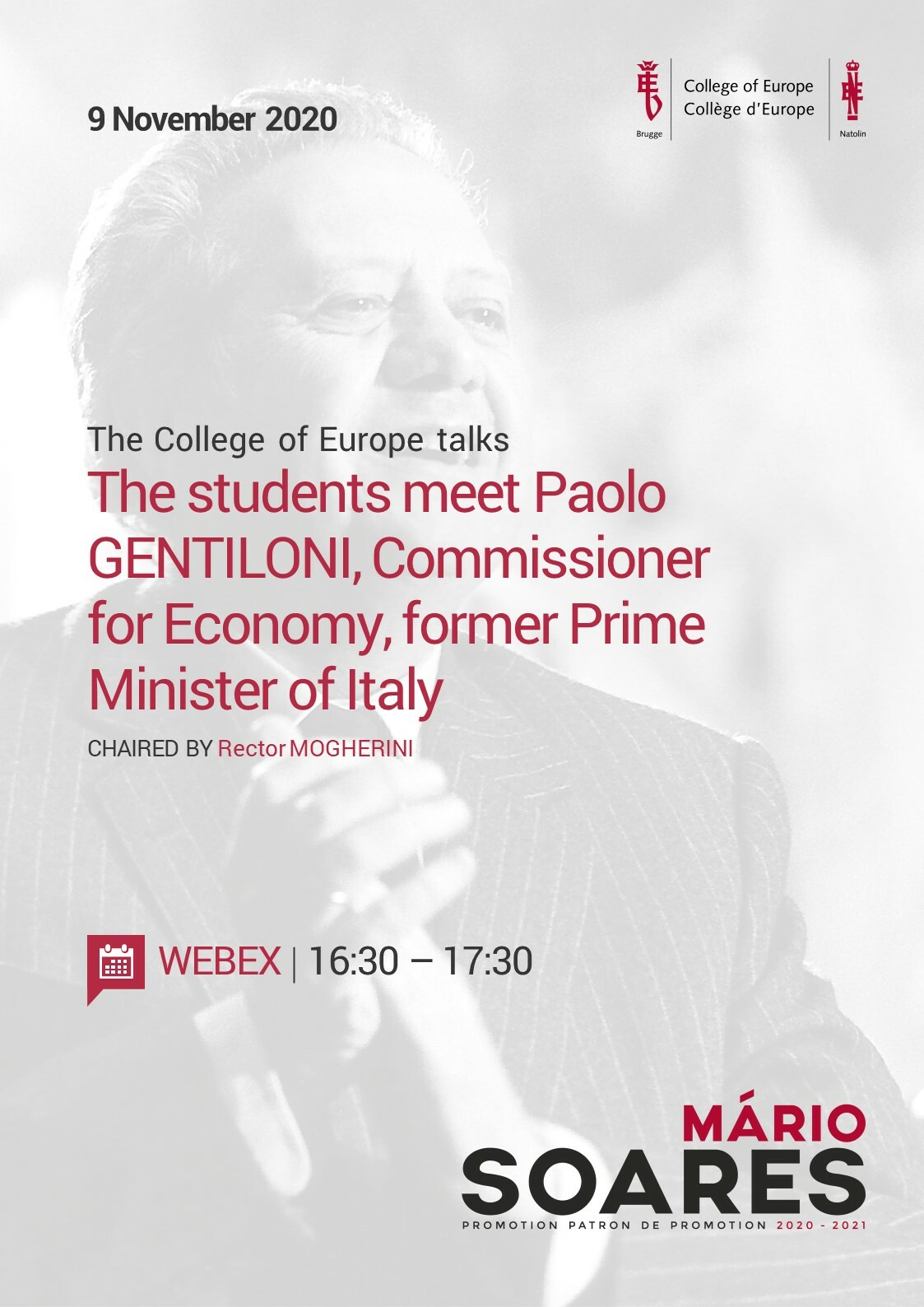