From 29 January to 9 February 2018, the College of Europe Development Office implemented a two-week training programme in Bruges and Brussels on "Public Administration Reform and EU Enlargement".

This programme took place in the framework of the EU-funded project "EU Scheme for Young Professionals in the Western Balkans" (www.eu4wb6.com), a project implemented by the British Council.

The course provided key information and skills to enhance knowledge and know-how related to the Public Administration Reform processes in the context of EU accession negotiations.
Thirty young civil servants attended this course (five from each of the following countries: Albania, Bosnia and Herzegovina, Kosovo[1], the former Yugoslav Republic of Macedonia, Montenegro and Serbia). 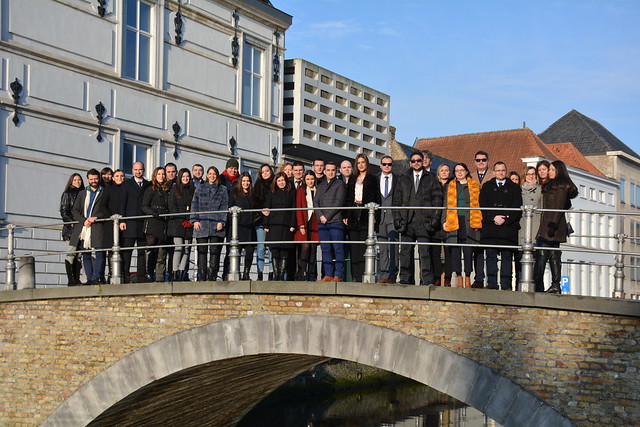 coleurope.eu/tailormadecourses
All NEWS from the College of Europe Development Office

[1] This designation is without prejudice to positions on status, and is in line with UNSCR 1244/1999 and the ICJ Opinion on the Kosovo declaration of independence.