High-Level Transatlantic Lecture by Heather A. CONLEY: "Transatlantic relations and global order in the 21st century"

The lecture was delivered by Heather A. CONLEY, senior vice president for Europe, Eurasia, and the Arctic; and director of the Europe Program at the Center for Strategic and International Studies (CSIS).  She has previously served inter alia as deputy assistant secretary of state in the Bureau for European and Eurasian Affairs, United States Department of State, and as executive director of the Office of the Chairman of the Board at the American National Red Cross.

Ms CONLEY addressed the topic: "Transatlantic relations and global order in the 21st century". After identifying the mistakes of the past few decades in a section entitled "The long holiday from history", she presented the likely scenarios of the US and the EU’s engagement in the global arena in the next decades, and covered a number of problems in security and defence, trade, as well as great power competition which the two powers could successfully tackle together. She stressed the need to clearly articulate policies on both sides of the Atlantic, adopt a multilateral diplomatic strategy, in which military would be the last resort, and most importantly, to present a positive and confident vision of the world.

The lecture was followed by a Q&A session and a reception.

The College of Europe would like to thank the United States Mission to the European Union for their support. 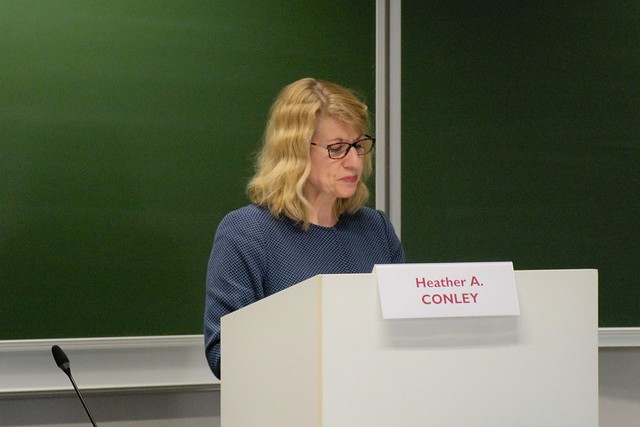