On Monday 29 February 2015, Director General Thomas WESTPHAL, in charge of European Policy at the German Ministry of Finance, came to the College of Europe, Bruges campus and delivered a lecture.

The Eurozone has found its way back to a modest recovery after the crisis. But overall legacy risks remain: public debt has only just been stabilized at a very high level, banking sector risk is back on the agenda and structural weaknesses still prevent the economies from reaping the full benefits of the internal market. The political context is currently becoming more difficult with national public opinions turning away from European integration. In this difficult situation, the Euro-countries seem to have lost their consensus on the essential elements of the monetary union: the fiscal rules are openly put into question and the institutions are criticized from many sides.

We are honoured that Mr WESTPHAL, Director General of the German Federal Ministry of Finance, delivered a guest lecture on the subject of the current challenges to the monetary union. Mr WESTPHAL discussed the institutional and political cornerstones of EMU in the current situation and highlighted the German viewpoints on how to rebuild consensus for the monetary union built on economic convergence. He addressed the role of policy coordination, of the European institutions and took a look at policy instruments like the EU-budget, fiscal policy and structural reforms and look at the internal market, which holds opportunities for the EMU and the EU as a whole. 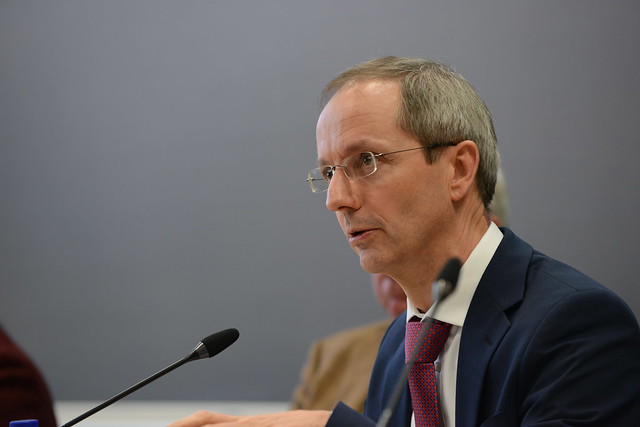 The event was public.