In the framework of the Natolin European Forum, the College of Europe in Natolin had the honour to host, on 28 February 2018, Madam President Atifete JAHJAGA who served as the fourth—and the first female—President of Kosovo. President JAHJAGA delivered a keynote speech entitled:

As President, Ms Atifete JAHJAGA sought to strengthen the democratic institutions of the country and helped to build and to secure greater international recognition for Kosovo. She worked to build bridges between Kosovo's various ethnic communities. She has been active in interfaith dialogue and has continuously reached out to minority communities in Kosovo. President JAHJAGA was also very active in reconciliation and normalization of relations with neighboring countries.

President JAHJAGA devoted significant effort to empowering women and supporting the survivors of sexual violence during the war. In this context, in 2012, she hosted the International Women’s Summit "Partnership for Change — Empowering Women", attended by 200 leaders from Kosovo, the Wider Europe, North America, Africa and the Middle East. The discussions led to the adoption of the Pristina Principles which affirm the rights of women to political participation and representation, economic resources, and access to security and justice, and calls for actions to make these principles a reality.

President JAHJAGA mobilized public opinion in support of the socially stigmatized survivors of sexual violence; included Kosovo in global initiatives on the prevention of sexual violence as a tool of war; helped to create and establish necessary legal infrastructure for survivors and to guarantee survivors their rights.

Ms JAHJAGA is a member of the Council of Women World Leaders and the recipient of numerous honors and awards including the Doctor Honoris Causa from the University of Durham (2013), the Leadership in Public Service Award from the Clinton Global Initiative (2014), and the honorary degree of Doctor of Law from the University of Leicester (2015). In addition to her native Albanian, she speaks Serbian and English.

Her full biography can be found here. 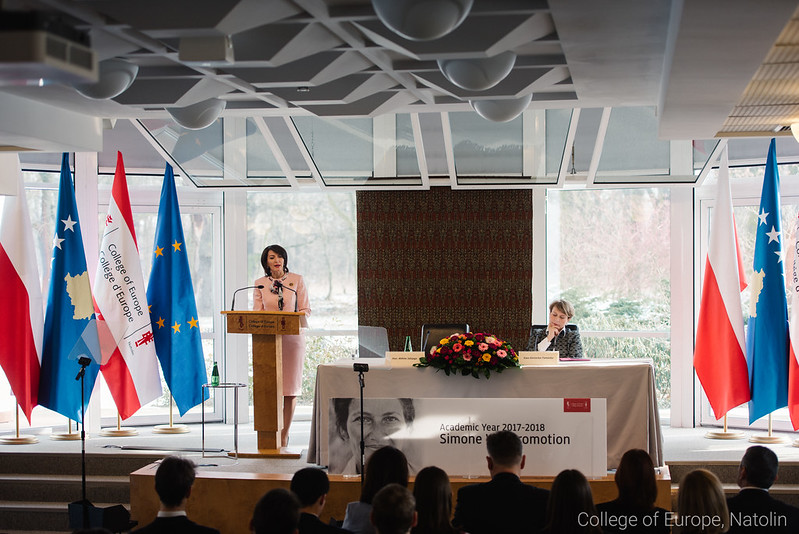