The lecture entitled "From 'social exclusion' to 'precarity': Migration, labour and citizenship in a globalised political economy" took place on 27 February 2019.

"From 'social exclusion' to 'precarity': Migration, labour and citizenship in a globalised political economy"

'Precarity' is a term for contemporary globality, as a scientific concept, as well as a signifier of resistance by social movements. It embodies social suffering through degradation of work, a fractured citizenship, excessive human vulnerability and unequal burdening of risk. 'Migration' is another pertinent issue of our time, represented as 'the age of migration'. Discourses and studies of 'precarity' and of 'migration' still tend to belong to disparate departments in the social sciences. This lecture was aimed at linking them. We explored the intersection of cumulative social dispossession and subaltern struggles through the conceptual lens of 'precarity'. We examined the concept’s interface with 'social exclusion'; a kindred notion concerned with social inequality, and 'marginality', and discussed its theoretical and analytical value for studies of migration, vulnerable livelihoods, informal labour and changing frameworks of citizenship in, respectively, the global South and the global North. 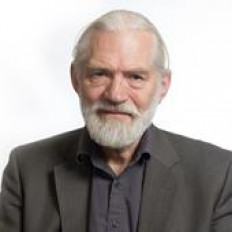 Professor Carl-Ulrik SCHIERUP is the Director of the Institute for Research on Migration, Ethnicity and Society (REMESO) at the Department of Social and Welfare Studies at Linköping University, Sweden. He holds PhD degrees in Social Anthropology and Sociology. Professor SCHIERUP’s research comprises a wide range of subjects relating to international migration and ethnicity, such as ethnic conflict, citizenship and nationalism. His research also deals with economic and social development in the former Yugoslavia, and employment and social exclusion and inclusion in Europe.

His latest publications include: