On 15 March 2019, the Department of European Political and Governance Studies held its annual Political Economy Conference.

2019 marked the 10th anniversary of the annual Political Economy Conference of the College of Europe’s Department of European Political and Governance Studies. Participants were invited to reflect on changes to euro area governance over the last decade in order to identify whether these changes have yielded their expected outcomes, which reforms remain in order to ensure a robust monetary union, and the political feasibility of such reforms. The evolution of the ECB and the establishment of banking union were the focus. Leading academics and practitioners engaged in a debate on the future of economic and monetary union.

To reflect upon these topics, the conference gathered a wide range of experts in the field, coming both from the institutions and from academia. The conference started with a keynote address by John BERRIGAN, Deputy Director-general of DG FISMA. After that, the first panel was dedicated to the topic "The ECB: Political and Independent?" and counted on the interventions of Gabriel GLÖCKLER, European Central Bank; Benjamin BRAUN, Max Planck Institute; Christy ANN PETIT, European University Institute; and Tobias TESCHE, European Commission. 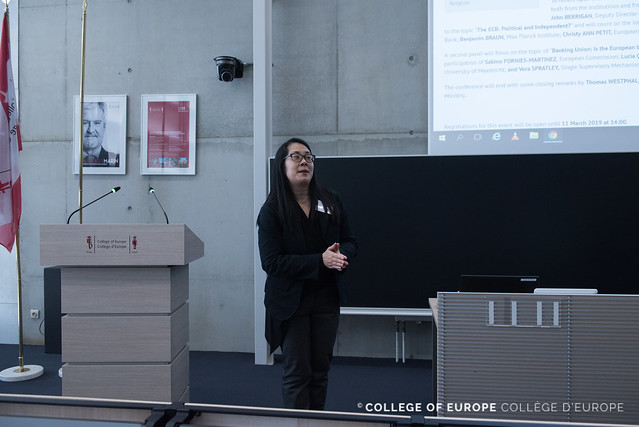