Since 2003, partially as a response to complaints about the complexity of EU regulation from Member States such as the UK and the Netherlands, the European Commission has been engaged in the Better Regulation agenda (which as of 2012 comprises a part also known as REFIT), supported and encouraged by the European Council. The objective is to ensure that all EU level legislation is ‘fit for purpose’ and does not impose unnecessary regulatory burdens. The Better Regulation agenda is directed at both existing and new legislation. It has led the Commission to ‘review’ the EU acquis, possibly leading to recasts or repeals of EU acts. Furthermore, it imposes an obligation of ‘impact assessment’ on the Commission for all proposals of new legislation.

While the principle of both such ex ante and ex post policy evaluation can be defended as good governance, it has also been argued that in practice the analytical framework of these Reviews and Impact Assessments demands the economic costs of a certain measure to be outweighed by economic benefits, regardless of whether the measure in question has a primarily economic objective. Indeed, while ‘cutting red tape’ exercises are—in theory—neutral, in that they do not deny the importance of legislation to protect non-economic interests but only insist that such has to be done in an adequate and proportionate way, and while a case can certainly be made that the quality of EU legislation matters as it affects the credibility and levels of popular support for European integration, as well as the compliance and enforceability of the rules, critics have argued that the Better Regulation Agenda puts rules that have been adopted to protect social, cultural, environmental and other non-economic interests on the defence.

This workshop brought together scholars, politicians, policy makers and civil society actors to reflect on the impact of the Better Regulation Agenda, pushing beyond rhetoric towards a deeper and more meaningful understanding of both the merits and the risks of this highly powerful policy agenda.

Selected contributions will be published in either an edited volume, or as a special journal edition, to be determined.

The conference was held in English. No fee was charged for attendance, but as places were limited we asked all interested persons to register before 3 October 2016, at 9:00.  For more information, please contact Mrs Valérie HAUSPIE. 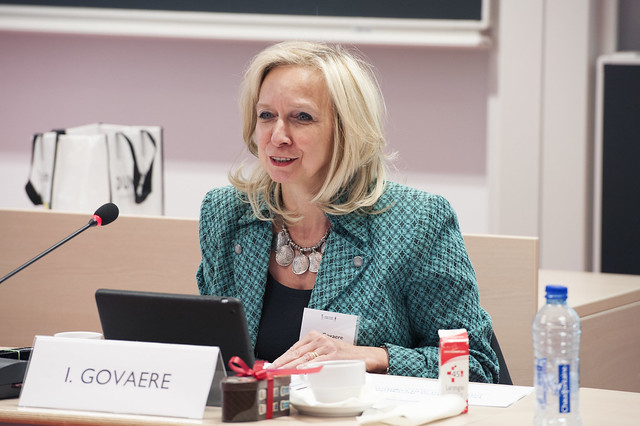