Workshop on "Protocol, Formalities and Ceremonies" by Ambassador Tomasz ORŁOWSKI

The Careers and Professional Development Office of the College of Europe in Natolin organized on Saturday, 6 March 2021 an online workshop on diplomatic protocol.

The workshop titled "Protocol, Formalities and Ceremonies" was delivered by Ambassador Tomasz ORŁOWSKI.

Ambassador Tomasz ORŁOWSKI received his PhD in Medieval History from Poitiers University. He joined the Polish diplomacy in 1990 where he served as Ambassador of Poland to the French Republic and to the Principality of Monaco, Ambassador of Poland to the Italian Republic and to the Republic San Marino, Head of External Relations of the Polish Diplomatic Academy, Deputy Chief of Diplomatic Protocol and later Chief of Diplomatic Protocol. After his diplomatic career he became a visiting professor and lecturer in several academies: Wrocław University; Diplomatic Academy, Warsaw; National School of Public Administration, Warsaw; École Nationale d’Administration, Paris; Institut d’Études Politiques, Paris School of International Affairs; and the College of Europe. 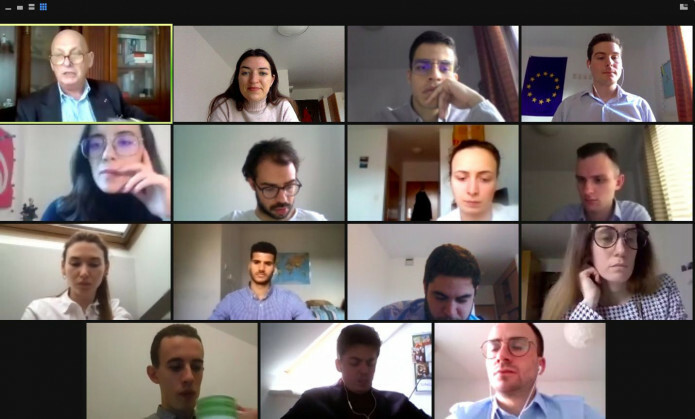