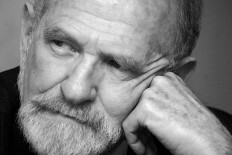 The prize is awarded annually for an outstanding academic book in the broadly defined field of the history and civilization of Europe (from antiquity to the twenty-first century). The value of the prize is 20,000 euros. An additional prize is awarded for an outstanding first academic book in the same field, worth 5,000 euros. Exceptionally, both prizes may be shared by two winners.

In each of these two categories, the Chapter of the Prize, jointly constituted by the Chair and the Foundation, is looking for works marked by their originality, their clarity, the rigorous and critical interpretation of sources, and by the posing of new research questions and persuasive endeavours to answer them.

In 2015, the winner of the main prize was Professor Mark LEWIS for The Birth of the New Justice: The Internationalization of Crime and Punishment, 1919-1950, Oxford University Press: Oxford, 2014. The winner of the prize for a first academic book was Dr Wojciech ŚWIEBODA for Innowiercy w opiniach prawnych w XV wieku. Poganie, żydzi, muzułmanie [Infidels in the Juridicial Opinions of Polish Intellectuals in the Fifteenth Century: Pagans, Jews, Muslims], Societas Vistulana: Kraków 2013.

All publishers are invited to submit no more than one nomination in each category (the main prize and the prize for the first academic book) to the European Civilization Chair at the College of Europe. Nominations should consist of the name of the author (in the case of jointly authored books, no more than two authors), the title of the book, a description of no more than 200 words, and a short table of contents. These details should be provided in English. However, the book itself may be in one of the official languages of the European Union. It must have been published in 2015. The publishers of shortlisted books will be invited to submit three copies for the process of independent review and final decision by the Chapter.

Nominations should be sent electronically to the European Civilization Chair, College of Europe, Natolin Campus, at geremek-prize@coleurope.eu by 9:00 on Monday 21 March 2016.