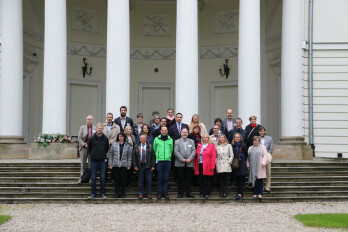 On 13-14 May 2019, the Library of the College of Europe in Natolin had the pleasure to host the General Assembly of EUROLIB. EUROLIB is a network of library and archives services from EU institutions, agencies, bodies and associated organisations, that promotes the development and preservation of European Union information while supporting the programmes and policies of the EU in the field of library and Open access initiatives. EUROLIB members cooperate in the fields of information services and management, professional training and development, innovation, access to public information and conservation in order to raise the visibility and efficiency of their library and archives services.

On Sunday 12 May, before the start of the General Assembly, several delegates participated in social activities prepared by the Natolin Library Director, Mr Wiktor T. POŹNIAK. The group visited a number of interesting places in Warsaw, such as the Old Praga district, the carefully renovated ‘Koneser’ Prague Center, the Hala Koszyki, and the Royal Łazienki Park. The cultural program included also visits to the Praga Museum of Warsaw, the POLIN Museum of the History of Polish Jews, the Fryderyk Chopin Museum, and a guided exploration of the Royal Route of Warsaw. 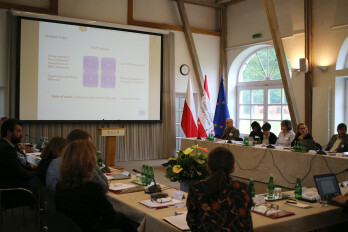 On Monday 13 May, the EUROLIB General Assembly opened with an address by the Vice-Rector of the College of Europe, Mrs Ewa OŚNIECKA-TAMECKA. In her welcoming notes to the participants from various libraries of EU institutions, bodies and agencies, the Vice-Rector mentioned the importance and the role of librarians and libraries in providing access to objective information, documents and publications, which is one of the fundamental rights of modern society. She also addressed a special welcome to Mr Jan VANDAMME, former Director of the Natolin Library (1994-1996), currently Library and Metadata Coordinator at EUROFUND (Dublin).

The agenda of the first day of the General Assembly was comprised of presentations on two main themes: managing libraries, and new demands in changing and challenging times (opportunities, threats, sharing best practices, usage statistics and cataloguing). Delegates from the Committee of Regions, the European Centre for Disease Prevention and Control, Eurojust, Cedefop, the European Parliament and the European Commission had the opportunity to explain their approach to management issues as well as to usage statistics and cataloguing challenges. 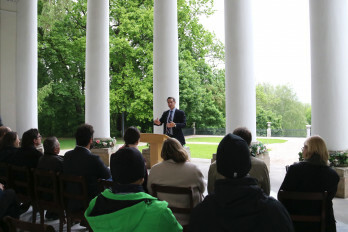 After the lunch break at the Natolin Palace, Professor Richard BUTTERWICK-PAWLIKOWSKI, Chairholder of European Civilization Chair at the College of Europe in Natolin, delivered a highly acclaimed speech on the history of the Natolin domain from the time of Jan III SOBIESKI until today. A presentation of the Natolin Library services delivered by Wiktor T. POZNIAK, followed by a visit to the Library, were the last points on the agenda for Monday.

The second day was reserved for news from the Publications Office, the Council of the European Union and the European Parliament. Following this part, EU framework contracts and tenders were presented by a European Commission delegate. The final point on the agenda was devoted to an open discussion on current and future EUROLIB cooperation opportunities, including the common communication platform and visibility of the network.

After the conclusion of the General Assembly, our guests took part in a very interesting guided tour of the Warsaw University Library, including its gardens on the roof.

The next General Assembly of the EUROLIB network is foreseen for October / November 2020 and will be hosted by the European Centre for Disease Prevention and Control based in Stockholm.

Take a look at the picture gallery from the event below: 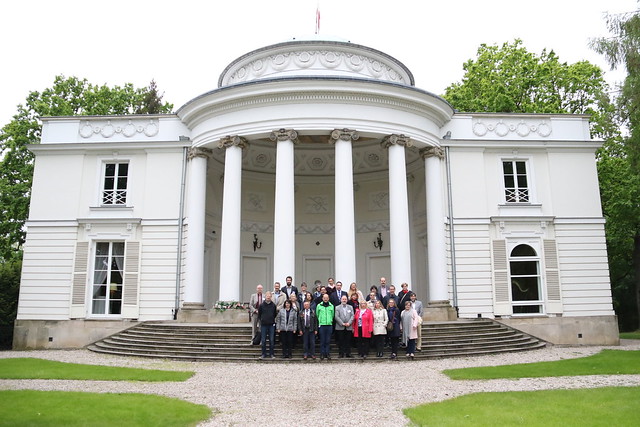