Natolin Neighbourhood Days 2018 - "Between a rock and a hard place: Local grievances and global stakes in the South Caucasus"

The fifth edition of the Natolin Neighbourhood Days organized by the European Neighbourhood Policy Chair at Natolin aimed to take stock of a number of crucial, though often overlooked, issues at the heart of political and security developments in the South Caucasus. The nature of the two events was related to an understanding of the macro-dynamics of regional and international politics as fundamentally interlinked with the micro-universe of domestic politics.

Thus, the first event took an inside-out perspective and wished to advance a conversation about how the respect for human rights and civil liberties (or lack thereof) in Armenia, Azerbaijan and Georgia, can have broader regional and international repercussions. By zooming in on rarely discussed topics in the context of the region's geopolitical dynamics, such as minority rights, property rights, but also the domestic drivers of regional conflicts, this event raised a most pertinent question regarding the role of local factors in the quest for regional stability. 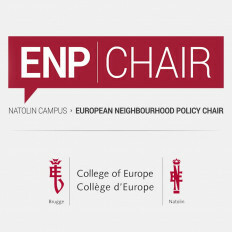 The second event took a bird's-eye view of the South Caucasus and proposed a discussion of the crucial role of regional and global actors in the region, the dense web of interdependent relationships and the constellations of power and influence which shape patterns of security and conflict, as well as authoritarianism and good governance. The event aimed to not only disentangle the intricate network of alliances and competing relationships between the South Caucasus and external actors, but to also enquire into the effects of power asymmetries and the extent to which Armenia, Azerbaijan and Georgia are merely defenseless pawns, devoid of agency, in the geopolitical contests of the great powers. This series of events provided an excellent opportunity for students to familiarize themselves with the region in the run-up to the study trip to the South Caucasus.

At the same time, this edition of the Natolin Neighbourhood Days complemented the academic programme of the Natolin Second Semester Study Trip by addressing topics which were not covered on the ground in Georgia and Armenia.

Living in Limbo: Whither human rights and civil liberties in the South Caucasus?

The role of regional and global actors in the South Caucasus