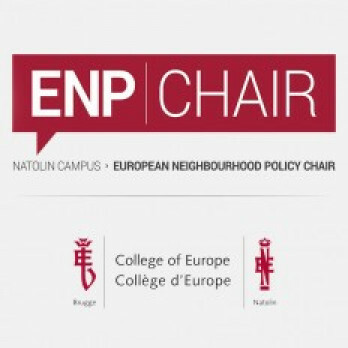 Powerful campaigns that resort to the tools of (dis)information geopolitics have been on the rise over the last decade, generating friction within states and societies in the European Union as well as in the EU’s neighbourhood. For the next decades to come, this phenomenon is here to stay. The European Parliament's 2016 "Report on EU strategic communication to counteract propaganda against it by third parties", the so called Fotyga Report, reckons that "hostile propaganda against the EU comes in many different forms and uses various tools […] with the goal of distorting truths, provoking doubt, dividing Member States, engineering a strategic split between the European Union and its North American partners and paralyzing the decision-making process, discrediting EU institutions and transatlantic partnerships […] in the eyes and minds of EU citizens and of citizens of neighbouring countries". Given the seemingly endless possibilities of swift and cross-border online communication, computational propaganda and digital disinformation present a major threat to the cohesiveness of European states and societies, as well as to the resilience of the EU's more vulnerable neighbours – East and South.

This series of events was destined to raise public and scholarly awareness of distinct instances where the manipulation of information shapes events and generates undesirable effects on political systems in EU Member States and the EU's eastern and southern neighbourhoods as well as their corresponding security milieus. The rationale was to identify and offer suitable frameworks of understanding of the phenomenon in a broader context – in academic, political, geographical and geopolitical terms. A broad(er) perspective on the acute problem of growing disinformation campaigns world-wide allowed for the elaboration of more adequate strategic policy responses, contrasted by the currently prevailing reactive and ad hoc approaches of micro-strategizing in the narrower spheres of media or social communications. In light of the demonstrated potential of the utilization of (dis)information tools and their specificity (e.g. transboundary migration of disinformation, contagion effects and unintended consequences), the problem is likely to be transposed beyond current "hotspots" such as Ukraine, Moldova, Georgia, Syria, Libya or some western democracies (Germany, Poland, The Netherlands, Sweden, Finland, USA). Addressing and unpacking the phenomenon in a systematic fashion beyond what is hitherto visible and tangible was, therefore, much overdue. 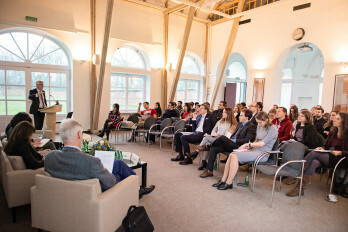 The Natolin Neighbourhood Days 2017 started with an opening session that located and framed (dis)information geopolitics as a supposedly new understanding of, and challenge to, security. It provided a framework for discussion that fed into the subsequently held round-table debates. The round-tables addressed two of the most salient aspects of disinformation geopolitics, notably domestic policy making (referenda, electoral processes, social engagement) and securitized external challenges, such as migration. They also explored the strategic use of narratives in settings of geopolitical contestation and discussed how these affect geopolitical imaginations and map-making in the age of (dis)information. Both round-table discussions attempted to unpack and identify the multi-faceted problems related to disinformation geopolitics in the EU and its neighbourhoods – East and South, addressed repercussions, and explored possible solutions, or at least potential ways to counter current challenges.

The Geopolitics of (Dis)Information: Digital Communications, Weaponization of Information and Popular Geopolitics in EUrope and its Neighbourhoods

The Power of Narratives and the Narratives of Power: Strategic Communications and Digital (Dis)information in EUrope and its Eastern Neighbourhood

Warring with Words: The Media, the Public Mind, and Narrative Warfare in EUrope and its Southern Neighbourhood