Natolin students participate in the COP24 in Katowice (Poland)

COP24 is the informal name for the 24th Conference of the Parties to the United Nations Framework Convention on Climate Change. The COP is the supreme decision-making body of the Convention, and all states that are Parties to the Convention are represented at the COP (197 in total). At the conference, the states review the implementation of the Convention and of other legal instruments, and take necessary decisions for their further effective implementation. The COP meets every year, unless the Parties decide otherwise. The first such meeting was held in Berlin, Germany in March 1995. Just as the COP Presidency rotates among the five recognized UN regions (Africa, Asia, Latin America and the Caribbean, Central and Eastern Europe, Western Europe and Others), the venue of the COP shifts among these regional groups.

From 2 to 14 December 2018, the COP takes place in Katowice, Poland. It is the third time Poland holds the COP Presidency (Poznan 2008, Warsaw 2013) when it took over from Fiji. The main objective of the summit is to finalise the implementation guidelines for the Paris Climate Change Agreement (so-called Rulebook), and for this reason it is referred to as “Paris 2.0” by the UN climate change executives. The Rulebook should consist of a range of actions the countries will oblige themselves to take in order to lower greenhouse gases and thus limit global warming, but also concrete steps as to how these efforts will be enhanced with time. Developing countries will have flexibility in how to keep up with intensified mitigation and adaptation efforts. It is envisaged the COP24 will equally conclude the Fiji-led Talanoa Dialogue, and consider the recent IPCC’s 1.5°C report and its relevance in the context of future endeavours. 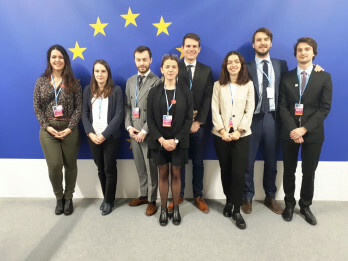 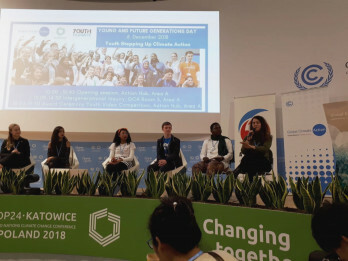 The College of Europe in Natolin is represented at this top climate summit by our eight students: Meline GONZÁLEZ PILOYAN (ES/ARM), Anna GUMBAU MARTINEZ (ES), Caspar KLOS (NL/US), Erwann MARTIN (FR), Heidi RENAULT (FR), Matthieu SURJOUS (FR), Bram VAN HECKE (BE) and Emma VERMUNICHT (BE). The students were selected based on their motivation, academic and professional background in relevant areas, overall interest in energy, environmental and climate-related topics demonstrated by their respective academic paths (courses and Master’s theses) and extracurricular activities (active involvement in the Energy Governance Society) in Natolin, as well as soft skills such as leadership, effective time management and team spirit. 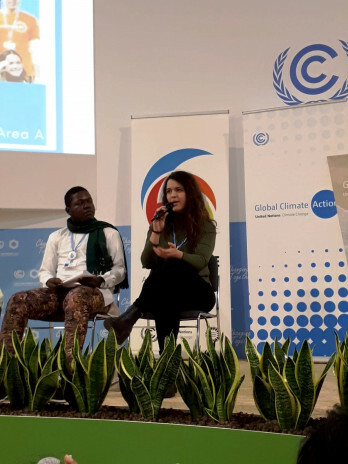 As part of the preparation, the students attended a special lecture on the COP24 organised for them on campus. The lecture was delivered by the climate policy and COP expert Ms Lidia WOJTAL with whom students could vividly discuss about various elements of the COP and international climate negotiations, as well as practical aspects of the upcoming COP in Katowice. The students were also invited to the conference on the COP24’s contribution to the Paris Agreement, which took place approximately a week before the summit’s grand opening. Besides, the students were required to study the COP24 Manual, and various additional relevant materials, such as the IPCC’s report on 1.5°C.

Our students joined the conference as official members of the Polish Delegation, and as such have the opportunity to work with the delegation where they report to a dedicated supervisor. Some of their tasks on site include working for the Leader’s Day, High-Level Meetings held by the Polish Presidency, following Green Climate Action topics, e-mobility, coal regions, etc. As members of the delegation, the students can access all negotiations and meetings, as well as take part in a number of side events, lectures, debates, exhibitions. One of such events is the Youth Day, where our students will be able to take the floor.

We are very proud of our delegates and we wish them all success!