On Friday, 14 May 2021, around 60 students of the College of Europe in Natolin visited the former German Nazi concentration and extermination camp of Auschwitz-Birkenau on a guided tour organised by the Auschwitz-Birkenau Memorial and Museum along with our staff members.

The students had the opportunity to visit many different areas of the former concentration and extermination camp, each of which carried deep reflections on the horrors of the Holocaust and the suffering and death of other prisoners: Poles, Sinti and Roma, Soviet POWs, other ethnic groups, Jehova's Witnesses and homosexuals.

Apart from visiting the key elements/parts of the general exhibition, our students were taken to the Collections Department, where they saw how thousands of suitcases of the victims are kept and preserved in one of the most modern storehouses in the world. In many cases those suitcases signed by the victims themselves are the only 'documents' of their arrival in the camp and extermination, therefore they carry a great historical value.

In another section of the Collections Department, they visited the Museum's art collections encompassing both the pieces of art (paintings, drawings and sculptures) created by the prisoners in the camp, and the camp-related art produced after the liberation. They also visited the Jewish national exhibition, which is one of the exhibitions organised with respective countries whose citizens were held prisoners in Auschwitz-Birkenau. The topics covered by the Museum's educators encompassed, i.a. the everyday life of prisoners, the history and functioning of the camp, the material evidence of crimes and the specific fate of each group of prisoners. 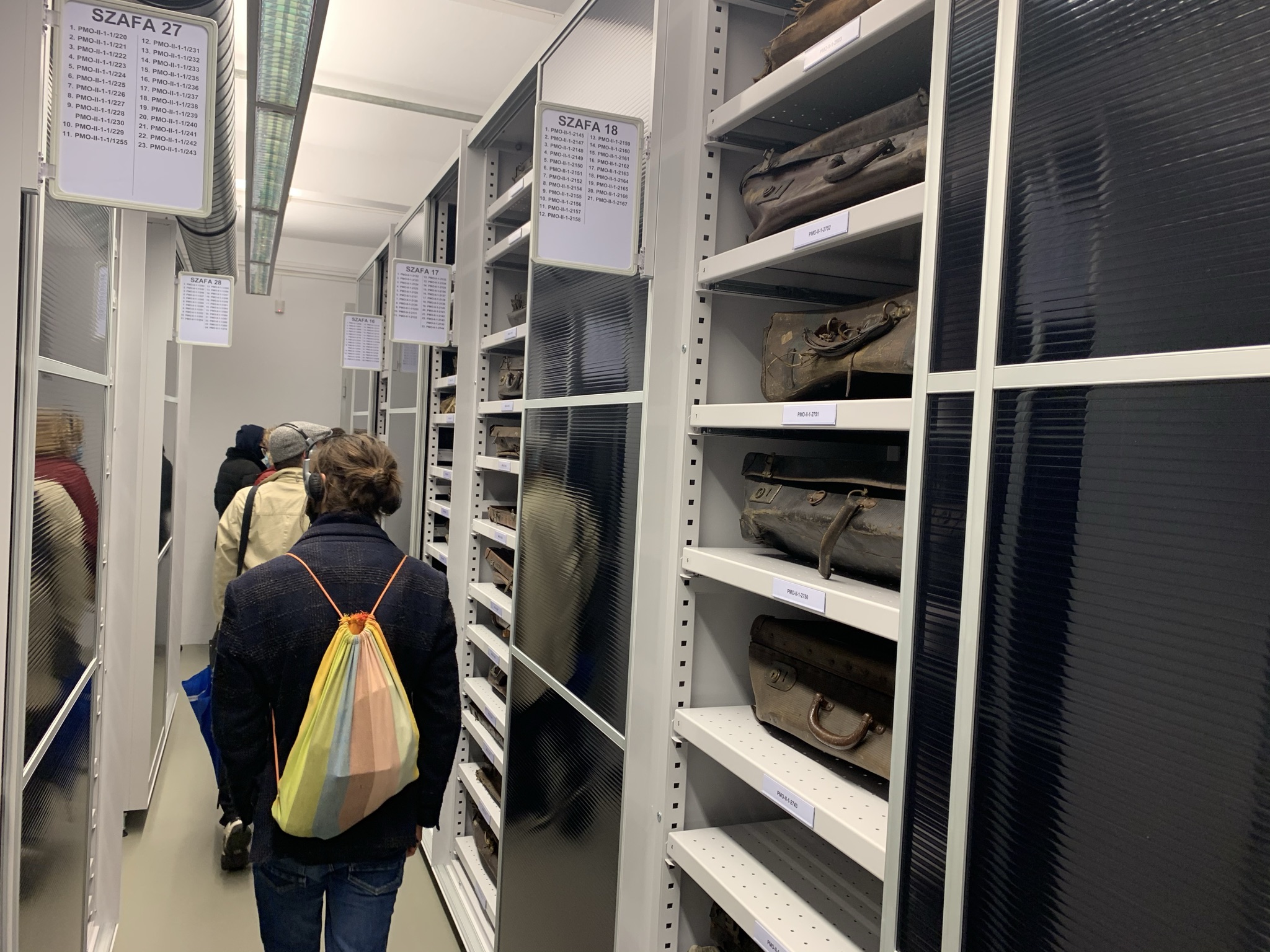 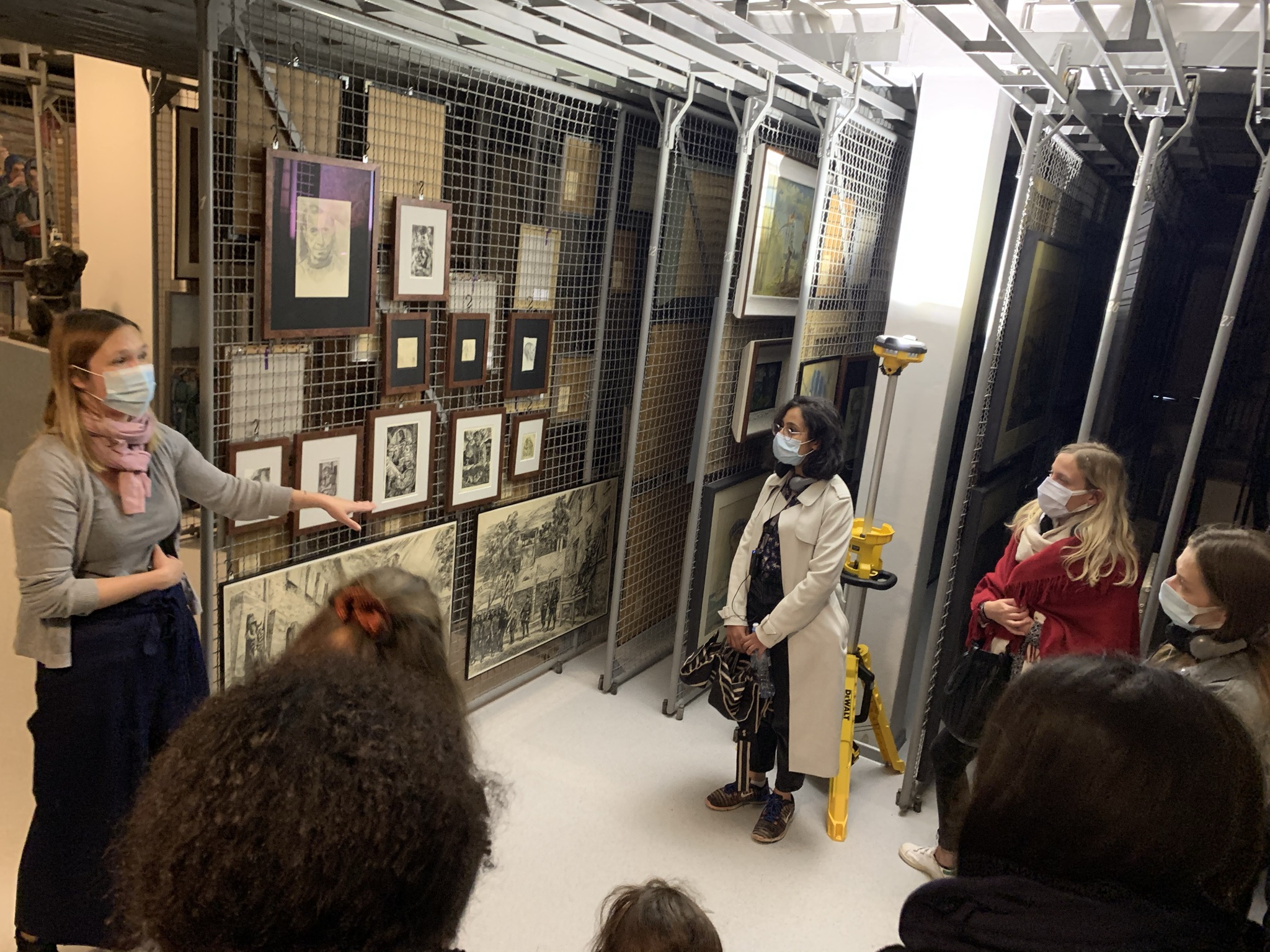 In Birkenau, the students were taken to the watchtower over the Gate of Death from which they could see the panorama of the vast space of the camp, which gave them the idea of its scale. Also in Birkenau, they had a unique opportunity to visit a brick block in the women's section of the camp. It has recently undergone specialist preservation works, which were discussed and demonstrated by the representative of Preservation Department, who provided unique insights on the specificity of such preservation procedures.

Subsequently, they visited the wooden residential barrack and the former latrine, as well as the railway platform where the selections of prisoners took place. They could also see the ruins of the crematoria and gas chambers. The students also saw the remains of burned storehouses with the property of the victims, and the so-called 'Sauna' in Birkenau, where new prisoners were undergoing humiliating registration, washing and hair-cutting procedures.

"Worse than forgetting, is such a memory, that doesn't arouse a moral anxiety within us." –
Dr Piotr CYWIŃSKI, Director of the Auschwitz-Birkenau Memorial and Museum

The visit ended with a dedicated lecture and discussion with Dr Piotr M.A. CYWIŃSKI, Director of the Auschwitz-Birkenau Memorial and Museum. In his highly interactive and engaging intervention Dr CYWIŃSKI spoke about various memorials in Europe and different ways to commemorate German Nazi crimes. He discussed the functioning of the Auschwitz-Birkenau Memorial and Museum and stressed its efforts in preserving the authenticity of this place for future generations.

He also explained the specific, 'phenomenological' approach to presenting the place to visitors: the narrative presented by the Museum's educators is largely founded upon the power of authentic objects and locations which 'speak for themselves', rather than the storytelling approach popular in many other museums. The purpose of the educators is to help visitors in their individual 'rites of passage' during their stay at the Memorial, and to discretely foster individual reflection related to contemporary reality. 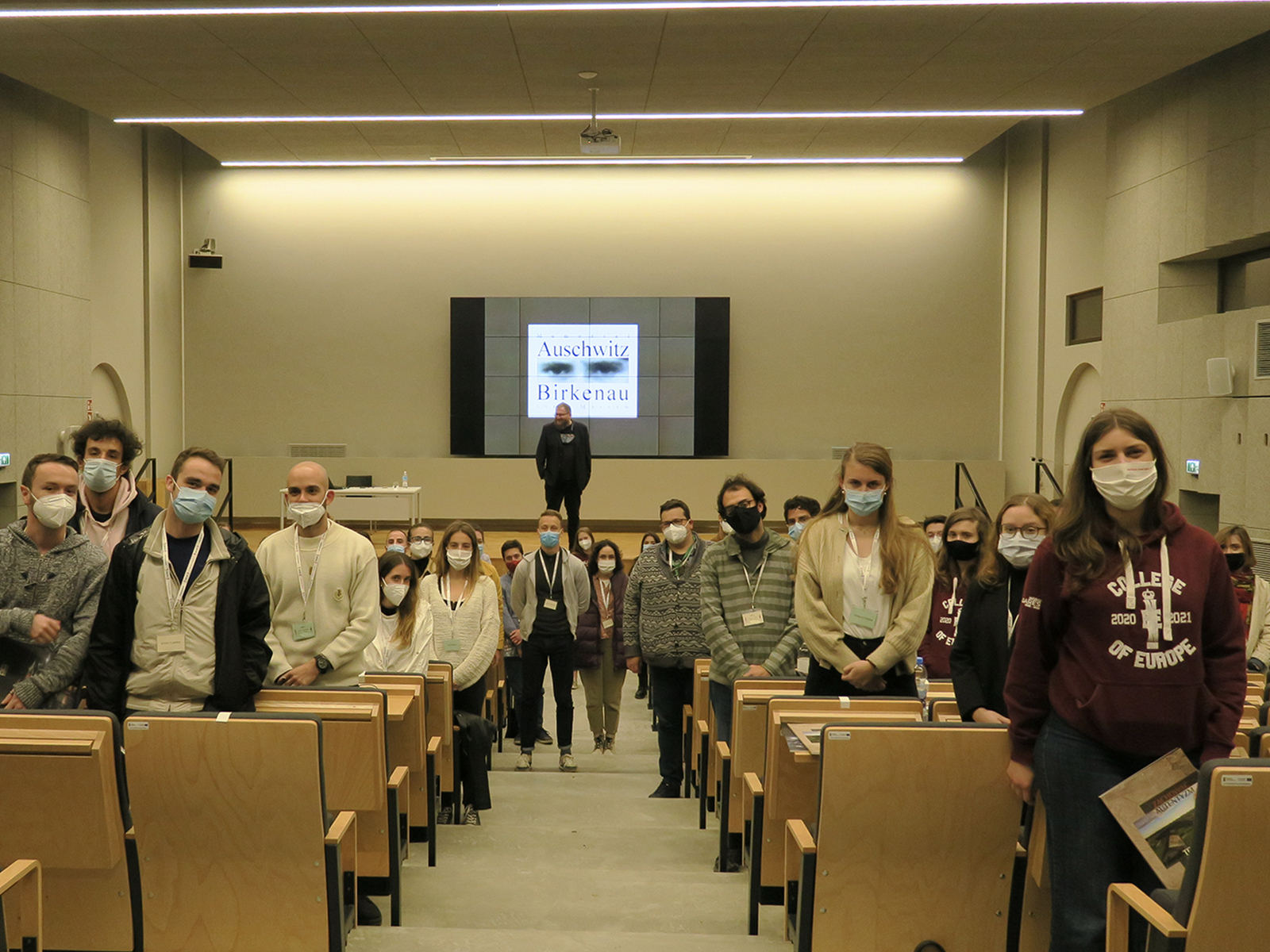