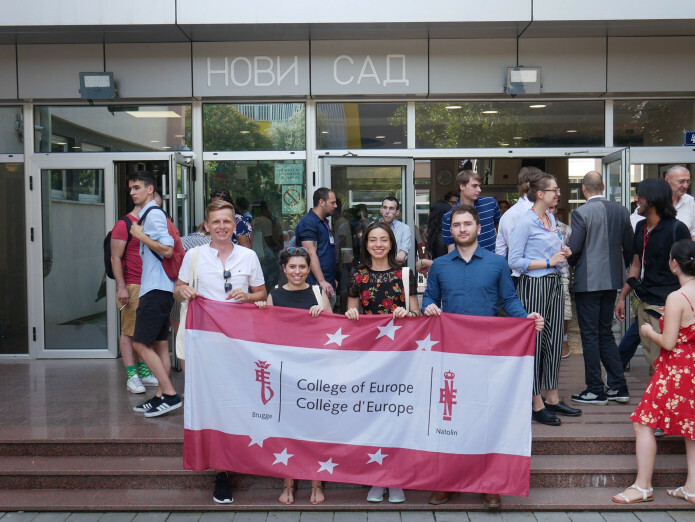 The College of Europe in Natolin participated for the first time in the European Universities Debating Championship (EUDC), hosted this year by the Novi Sad Business School in Novi Sad, Serbia.

This annual tournament hosts more than 700 participants from over 30 countries across Europe (including universities such as Oxford, Cambridge, Sciences Po Paris), to compete in a battle of wits and skills over who can provide the most persuasive and comprehensive case to an assigned topic after only 15 minutes of preparation.

The EUDC was held in English, between 30 July and 5 August 2018, with nine preliminary rounds over the first three days and a different topic in each round.

The format, which pits four teams against each other in two opposing sides, with two teams per side and two members per team, is known as British Parliamentary Style (BPS). The top teams got to continue debating for a further two days in the elimination outrounds, for both English native speakers as well as speakers of English as a second language (ESL). Past winners and veteran debaters also participated as adjudicators in the tournament. 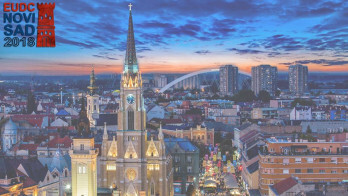 Two teams from the Simone Veil Promotion at the College of Europe in Natolin were competing in Novi Sad:

They were assisted by their debate coach, Radosław CZEKAN.

Unfortunately, Albert HAYRAPETYAN did not manage to attend the competition in Novi Sad. Instead, his partner Flavia CURATOLO debated in 4 rounds with a student of Bogazici University before switching to judging. Flavia had the chance to adjudicate debates featuring Cambridge, Tel Aviv, LSE, Leiden, UCL and Utrecht Universities.

Diana ENDELADZE and Giorgi CHAPIDZE defeated more experienced debaters from several universities. Despite this, their journey in the competition unfortunately ended before the quarterfinals.  Nonetheless, Flavia, Diana and Giorgi are satisfied with their experience at the EUDC.

Stay tuned for more student competitions at the College of Europe in Natolin!