The European Commission’s antitrust activism: competition law, industrial policy, or a defence of the Single Market?

Andrea RENDA, Senior Research Fellow in CEPS (Centre for European Policy Studies), consultant and professor of the College of Europe, reflects in this edition of the Newsletter on the strategy of the European Commission towards the two “big Gs”, Google and Gazprom. What can the antitrust principles do regarding their way of doing business? Topics such as this one or the future of cyberspace and antitrust will be discussed during this summer’s ‘EU Competition Law’ course, from 6 to 10 July 2015. Discover our Executive Education courses here.

The past few weeks have marked a shift of gear in EU antitrust enforcement. Not only the new EU Commissioner for Competition, Margarethe Vestager, announced on 15 April that the Commission had sent a Statement of Objections to Google, arguing that the giant IT company abused its dominant position in the “general Internet search” market and also in the market for mobile operating systems, apps and services. Exactly one week later, she also sent a Statement of Objections to Gazprom for having created artificial barriers to trade between certain EU countries, preventing gas flows and competition across national borders. It is indeed hard to recall any other time in which two investigations of this size – both potentially leading to billions of Euros of fines – have been launched almost simultaneously. And commentators have also observed that both cases deal with non-EU companies, and both have been ongoing for several years before the Statements of Objections were eventually filed. All this is happening at a time in which the European Commission, under the leadership of Jean Claude Juncker, is targeting the digital single market and the energy sector with large scale industrial policy initiatives such as the new Digital Single Market Strategy, the Energy Union, and of course the Juncker Plan. Does this mean that the European Commission is promoting a revival of protectionism, by using competition law as a sword against non-EU firms?

Let’s look at the facts first. In the case of Google, for more than four years the previous Competition Commissioner, Joaquim Almunia, had tried to settle the case with the IT company, by asking it to offer commitments that would mitigate the Commission’s concerns and then testing them with Google’s market rivals. All attempts to settle the case have failed, notwithstanding repeated rounds of commitments presented by Google, some of which would have led to a major redesign of its search page to accommodate the results of competing vertical search providers. Four years down the road, only a subset of the early allegations formulated by Almunia seems to have survived in the Statement of Objections presented by the Commission, although the Commissioner has not excluded a broadening of the investigation. Ms Vestager, at least for now, is “only” accusing Google of having awarded preferential treatment to its own online comparison shopping service, to the detriment of competing services. By exploiting its very large share of the general search market, Google has thus allegeldy leveraged its market power into a neighbouring market, thus foreclosing competitors from such market and thwarting competition on the merits.

In the case of Gazprom, things are even more serious, as the Commissioner argued that, based on preliminary evidence, “Gazprom’s overall strategy is abusive”. The giant gas company is accused of having partitioned the EU Single Market, through different territorial restrictions, including in contracts with its customers and also through other measures. Abusive conduct includes cases in which contracts prohibited Gazprom customers from re-exporting gas into other Member States; unfair (exploitative) pricing of gas in at least five Member States; and making gas supplies to Poland (concerning the Yamal-pipeline) and in Bulgaria (concerning the South-Stream pipeline) conditional on obtaining unrelated commitments from wholesalers concerning gas transport infrastructure.

The two “big Gs” will now have the last chance to put forward their counter-arguments before the Commission takes a decision, arguably before the summer break. Both have rejected all allegations, claiming that they have been acting in conformity with EU rules. But the European Commission has never really changed its mind on any Article 102 TFEU case, nor has it ever accepted any counter-argument based on the efficiency of specific conducts, and seems unlikely to do so now. Accordingly, there are strong reasons to expect that both will receive heavy sanctions in a few weeks from now. Will these be really competition law decisions, or industrial policy decisions?

As a matter of fact, those who want to see, behind the two antitrust investigations, the very visible hand of government industrial policy, have abundant evidence to quote. In the case of Google, it is difficult to disentangle the current investigation from a number of recent events, which I can only line up in this brief commentary. First, since last year, French and German institutions have repeatedly called on the European Commission to take action to split Google into two companies, and so did the European Parliament in November last year. Second, the Digital Single Market strategy of the European Commission contains several provisions that are officially motivated by the need to reduce the power of the so-called “Internet monopolies”, starting with Google. Third, the French telecoms regulator has vibrantly called for legislation that would impose neutrality obligations on large Internet platforms, starting obviously from Google but then reaching all the so-called GAFTAM (Google, Amazon, Facebook, Twitter, Apple, Microsoft). And the European Commission has now launched a sector inquiry into e-commerce, mostly focusing on whether large companies like Amazon are creating artificial barriers that prevent Europeans from buying goods from other Member States. Not to mention ongoing tax investigations and allegations of privacy violations being moved against Facebook, Amazon, Apple and others. Even the U.S. President Barack Obama a few weeks ago joined the chorus by explicitly stating that Europe seems to be behaving strategically against U.S. tech giants, strangely enough as the two blocs are now negotiating a proposed, comprehensive free trade agreement (the TTIP).

For what concerns Gazprom, many have noticed that the Statement of Objections has reached the Russian company’s CEO when he was visiting Athens, and possibly offering Greece a key role in the Turkish Stream pipe and potentially easing some of the pressure put on Greece by the Troika. Others have voiced that the investigation and the likely multi-billion fine adds to the already conspicuous sanctions imposed on Russia since the beginning of the Ukrainian crisis. Indeed, Gazprom has been under observation for its contractual practices in Eastern Europe for more than a decade, and a formal investigation is in place since 2012; but still the Statement of Objections reaches the giant gas company just as the EU launches its ambitious Energy Union, and in the middle of one of the worst economic crises in Russia’s recent history, making Gazprom weaker than usual vis à vis its biggest client (the EU).

The coming weeks will shed light on the real nature of these initiatives. To be sure, the merits of the two cases appear very different: while there is ample, almost “smoking gun” evidence on Gazprom’s conducts, the Google investigation will force the Commission into a complex and controversial probe, in which antitrust principles are likely to be stretched beyond their original scope, and which will likely stimulate a lively debate on the role of antitrust in cyberspace in the coming years. Absent proof of the contrary, one would conclude that these are going to be pure, “technical” antitrust cases, with no contamination from other policy domains. An alternative hypothesis is that of a renewed stance of EU institutions against any large company that attempts to partition the Single Market to maximise profit, be that in e-commerce, in gas or in any other sector. Finally, a third hypothesis, certainly more scary but often explicitly invoked by EU politicians, is that this is the beginnig of a revival of protectionism, albeit masked as competition law enforcement. Place your bet: the jury is still out. 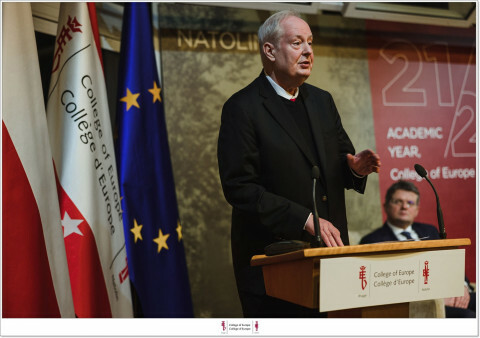