Challenges ahead for EU Competition Law 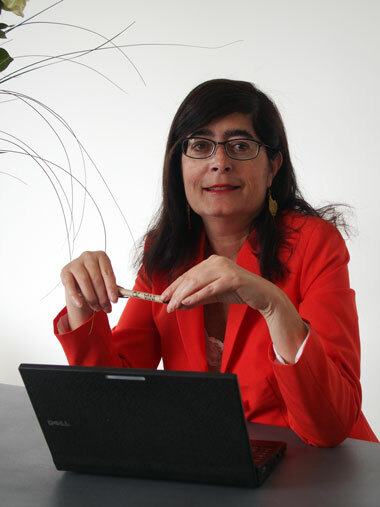 For this fourth issue of our newsletter, Professor Béatrice DUMONT, Director of Studies of the Department of European Economic Studies, reflects on the future of EU Competition Law. One of the key themes is that of digital markets but some more traditional concerns will remain on the agenda. The College of Europe will be offering advanced courses on EU Competition Law, from 8 to 12 July 2019 and Competition Policy & High-Tech Markets, from 15 to 17 July 2019. We hope you enjoy reading our column!

What were the EU Competition Law milestones in 2018? What can we expect in 2019?

I would say that EU competition milestones in 2019 will remain more or less similar to those encountered in 2018. They are part of an ongoing reflection process about how competition policy can best serve European consumers as markets go through rapid changes and shorter product life cycles.

Among the key challenges that competition agencies face, one important issue is how to shape competition policy in digital markets, while preserving digital innovation. The objective for competition agencies all over the world is to identify the key upcoming digital challenges and their implications for competition policy. To cite a few examples, the use of connected objects and voice assistants through smart home speaker, for instance, leads to a significant change in producers/consumers’ interactions that can raise competition concerns especially through the control of data, artificial intelligence and machine learning techniques. The risks, if any, need to be identified. This also implies a regular check-up of the antitrust toolbox. Are the tools traditionally used to define the relevant product and geographical markets, and to assess market power or exclusionary conduct, sufficient to address the alleged risks in the context of platform competition? If there is need for rethinking, how might these be redesigned to equip competition agencies with the analytical tools necessary to make proper analysis and ensure legal certainty?

Beside these “digital” challenges, some more traditional concerns should also be on the agenda of competition agencies. It is for instance the case of remedies. Indeed, competition remedies are central to competition law enforcement as they are supposed to restore or preserve undistorted competition. However, little is known about their effectiveness. Ex-post assessment[1] of the effective implementation of remedies is therefore of crucial importance to identify possible flaws.

In parallel, the renovation of the EU leniency programme should also be on the agenda. Indeed, if this mechanism has proved to be successful by generating instability within cartels over the last decade, recent data show that it is losing track. Among the possible explanations behind this decline in attractiveness, one could possibly evoke the flaws in the design of the EU leniency programme, but also the “competition” from other “destabilizing mechanisms” such as private damage actions but also settlement decisions. Considering the damages caused to consumers by cartels, the European Commission should in the coming months look again at how to incentivize the reporting of cartels and maybe think about the possible introduction of financial rewards to encourage individual whistleblowers, as in the U.S.

The new regulation on geo-blocking entered into force on 3 December; are the steps taken the most beneficial ones? What to expect for the future?

Let me first say a few words about what the new regulation is about. The reasoning behind this regulation is based on a finding: the internet recognizes no border. However, the European Commission’s e-commerce inquiry[2], shows that geo-blocking potentially limits cross-border trade in the Internal Market and may result in unwanted geographical market segmentation. The regulation to ban unjustified geo-blocking is thus part of the plan of the European Commission to create a unified Digital Single Market[3].

That being said, one needs to look at the meaning of geo-blocking. The term commonly refers to practices whereby online retailers either deny customers access to a website based on their location (“geo-blocking”), or re-rout them to another website, often with different content, offering and prices. In short, geo-blocking describes any commercial practices whereby a customer is treated differently based on “geo-factors”, i.e. nationality, place of residence or place of establishment. It is precisely what the aforementioned regulation aims at banning. It does not create an obligation on traders to sell and to deliver across the EU but freedom of contract remains subject to compliance with non-discrimination rules[4].

As always, the “devil” lies in the details. Indeed, country-specific differentiation continues to be allowed and online retailers may continue to apply country-specific pricing, payment and delivery conditions for as long as they do so in a non-discriminatory manner. In practice, any differentiation must be justified but the ban on geo-blocking does not (directly) preclude dynamic pricing as such. This means that online traders can still have a differentiated price for every customer. Officially, discrimination is not anymore based on geo-factors, but it is carried out primarily by evaluating information about the customer’s IP addresses, cookies, the type of navigator, the brand of smartphone, to cite a few. This is all the more easy since online traders are able to modify prices based on (self-learning or not) algorithms that take into account competitor pricing, supply and demand, and other external factors in the market. So to conclude, the new regulation makes it mandatory for traders and marketplaces to grant cross-border customers access to country specific sites, allowing them to compare any country-specific pricing. But it does not mean that the law of one price will prevail in the EU. Price disparities shall continue to be the norm. Lastly, there is little information on how prospective sanctions will apply for breach of regulation. It is a bit annoying in the sense that if sanctions are set too low, they might not be able to exert a deterrent effect on illicit behaviors. Time will judge.

On 20 November, the European Parliament, the Council, and the Commission reached a political agreement on an EU framework for screening foreign direct investment. What are the key benefits of that agreement for EU citizens?

At this stage, what we are speaking about is a provisional agreement on a future EU-wide coordination mechanism and information exchange for the screening of inward FDI in the fields of EU strategic interest. This agreement is expected to enter into force following its formal adoption by MS, and then by Parliament in March 2019.

The EU proposal concerns mainly the set-up of a cooperation mechanism where Member States and the European Commission will be able to exchange information and raise specific concerns. It follows fears, expressed notably after the acquisition in 2016 of Kuka, Germany’s largest maker of industrial robots, by the Chinese appliance maker Midea, or the acquisition by Geely, a Chinese car manufacturer of a 10 percent stake in Daimler, that “the fox was in the henhouse”.

The draft proposal covers “any investment by a foreign investor aiming at establishing or maintain lasting and direct links to the target undertakings to carry on an economic activity in a Member State” on ground of security or public order[5]. The screening procedures are specifically targeting investments in some strategic sectors, such as energy, space, transport, health, the media, etc. or assets (key technologies, critical infrastructures, sensitive data) made by foreign state-owned enterprises or private firms with close government links.

At this stage, it is difficult to say what will be the effectiveness of this proposal, especially since opinions will be non-binding and of advisory nature. Indeed, if “angst” is palpable, one should remember that openness to foreign direct investment (FDI) is enshrined in the EU treaties. Moreover, foreign-owned firms can generate positive productivity spillovers that improve competitiveness, innovation capabilities and economic growth prospects of EU firms, and hence growth and employment at the macro-economic level. Data from Eurostat’s foreign affiliate and structural business statistics (2016) show for instance that foreign-owned firms account for around 5 per cent of the total number of jobs in the EU and 11 per cent of the production value[6].

Moreover, at this stage, nothing proves that the screening mechanisms that will be adopted will meet their ends. Indeed, normally investors must tell financial regulatory authorities if their voting rights exceed 3 per cent. In practice, it is possible to go around through some engineered deals, by combining derivatives, bank financing and share options, to exploit regulatory “loopholes”. There is no reason why it should stop.

Far from me the idea to be naïve about the “intentions” of some foreign firms to put their hands on some key technologies, we should also pay attention to the administrative resources required to conduct such screening. Moreover, increased compliance costs, uncertainty and delays experienced by the acquiring firms could have a negative impact on FDI inflows, and hence reduce access to capital for domestic EU firms. This lack of access to capital was often the main reason explaining why “the fox was allowed to enter into the henhouse”. Maybe the EU should have tried to address this issue first.

The Website holder is not responsible for and does not identify with the opinions of its users and collaborators.

[1] Such a study was made in 2006 for mergers. See European Commission (2006), Merger remedies study (available at http://ec.europa.eu/competition/mergers/legislation/remedies_study.pdf).

[4] It is worth noticing that the regulation encompasses some exceptions. Indeed, the regulation is aligned with the Services Directive and thus, does not apply to a number of services such as financial services, transport services, audio-visual and broadcasting services, healthcare services, etc…

Keynote address on "The Future of EU Foreign Policy"

On Tuesday, 17 May 2022, Rector Mogherini shared her views on "The Future of EU Foreign Policy after the Crisis in Uktraine" and engaged the audience in a conversation on the topic at an event...