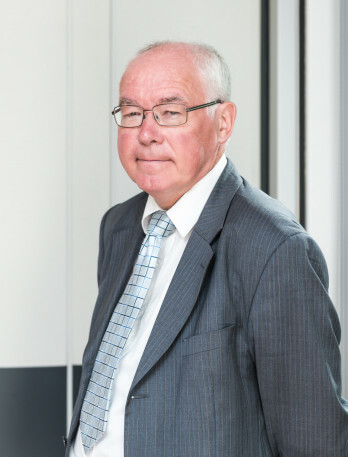 Prof. Dr. Hans GEEROMS will be among our guest speakers at the ‘EU Economic Governance’ course taking place from 12 to 14 October 2020, fully updated following the global COVID-19 pandemic. With a PhD in Economics from the KU Leuven, and specialized in international economics and European economic integration, Mr GEEROMS reflected in this interview hold in mid-March on the importance of the Banking Union and the development of the Capital Markets Union for the Euro. Enjoy the reading!

Twenty years since the adoption of the Euro, the Economic and Monetary Union remains unfinished. What needs to be done to create a stable euro?

The financial crisis of 2007-2008 gave a big impetus to the EMU. Most important was the creation of the Banking Union. Responsibilities for financial stability were shifted from the member states to the EU level, although national authorities continue to play a role: the European Systemic Risk Board can only give recommendations to member states and the European Central bank (ECB) only has a topping up responsibility.

The ECB, however, was given the mandate for the supervision of banks, while safeguarding the independence of its monetary policy; this is the so-called first pillar of the Banking Union, the Single Supervisory Mechanism. We also created a Single Resolution System, based on the important principle that banks should be resolved in an orderly way in case of problems while preventing that taxpayers bear the burden when banks risk going bankrupt or are bankrupt. The principle of Bail-in replaced the problem of Bail-out. That is much fairer than to privatize profits but socialize losses. Work on the third pillar of the Banking Union, the Common Deposit Scheme or European Deposit Insurance Scheme, EDIS, is still in progress.

That other big monetary union, the USA, has had a Common Deposit protection scheme for a long time, and a central budget that can be used to accommodate economic shocks. Do we have to copy the USA’s model?

Trying to copy the USA in everything is risky, because the USA can easily achieve what is politically much harder for the EU. The USA is a political union, something the EU will not become in the foreseeable future. Some might have expected that the euro would force ever closer cooperation resulting in a political union, but Brexit, for instance, illustrates rather the opposite. It is therefore important that we strengthen the EMU within the current political constraints of the EU.

What kind of progress can be made considering that the EU is far from a political union?

First of all, finalising the work on the Banking Union is key. The so-called resolution mechanism has to be applied effectively. In the recent past, we had to observe that when push comes to shove, national governments still find loopholes to rescue banks with taxpayer’s money, thereby unlevelling the playing field and jeopardizing the well-functioning of the EU’s single market. If the resolution is made credible, the need for a Common deposit protection Scheme becomes theoretical as the probability that it ever needs to be used is close to zero.

Second, we really have to develop our capital markets; this is the project of the Capital Markets Union or CMU. Here the USA should act as an example. Europe is overbanked. Financing our economy more via the capital markets and less via the banking system would help absorb economic shocks hitting member states in different ways, and, at the same time, deepen the Single Market. It is a win-win for everybody, but the political will to progress is limited. The project lacks visibility, it became a Christmas tree of too many objectives, and it is linked to very national traditions and legal systems such as taxation and insolvency law.

Third and most important, we need trust. Without a political union, rules are crucial for the well-functioning of the EMU.

Which rules need to be better respected by the member states to restore confidence?

First and foremost, the budgetary rules. These have become very complex since their beginning, too complex indeed. But certain basic parameters still apply since the Maastricht criteria of 1992: namely the deficit should not exceed 3% of GDP, bar some specific exceptions, and, second that the debt to GDP ratio should not exceed 60% or should converge to that level over time. However, a major member state of the Euro area realized a deficit above 3% of GDP for ten years in a row, while other highly indebted countries are still suffering from a deb level which is bigger than the size of their economy.

How can one expect that the group of "Nordic" countries, who favour fiscal discipline, would support a central fiscal capacity for the eurozone as a whole if member states refuse to build sufficient fiscal space to withstand bad economic times?

What else should member states do to strengthen the eurozone?

We created a whole set of rules, embedded in the so-called six-pack and two-pack, even enshrined in a treaty, the Treaty on Convergence, Stability and Growth in the EMU. The application of these rules results each year in a set of Country Specific Recommendations. These are valuable guidelines for member states to make their economies more resilient to economic shocks and to prevent unsustainable public and private debt levels. It also includes recommendations for member states with an exaggerated surplus on their current account, member states who also have fiscal space to spend more, invest more in public infrastructure, thereby also giving a boost to the Eurozone economy as whole.

The Website holder is not responsible for and does not identify with the opinions of its users and collaborators. 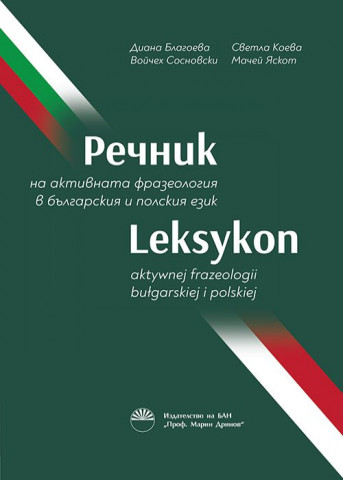 At the end of September of this year, the Bulgarian Academy of Sciences Publishing House released the Lexicon of Active Bulgarian and Polish Phraseology, co-authored by Dr Maciej JASKOT and Dr...
Read more
END_OF_DOCUMENT_TOKEN_TO_BE_REPLACED